Enhancing Profits and Incomes in Agriculture and Fisheries

This paper seeks to assess the degree to which the modernization objective of the Agriculture and Fisheries Modernization Act (AFMA) in terms of enhanced profits and incomes in the AF sectors has been achieved. It finds that, while still low compared with the national average, per capita income for agricultural households has been rising since the late 1990s, continuing long-term trends since at least the 1960s. Increases in the income of agricultural households have been largely driven by nonfarm income sources, although agricultural income has also been rising. Increases in agricultural income have been driven in part by productivity growth and increasing competitiveness of agriculture (i.e., declining cost per unit output). However, the increasing fragmentation of landholdings in recent decades is associated with the lost opportunity for increased income. Nonetheless, poverty incidence among agricultural households has been falling, with acceleration in decline since 2012. Consistent with rising income, poverty among agricultural households has been falling, with the pace of decline accelerating from 2012 to 2018.
These stylized facts suggest several policy implications: (1) Adopt strategies to accelerate modernization by structural change, such as boosting infrastructure investment and promotion of industrial innovation; (2) Accelerate productivity growth in agriculture by R&D and extension; (3) Undertake measures to promote structural change within agriculture; (4) Promote agri-food systems modernization by appropriate industrial policies, including operational consolidation of landholdings; and (5) Redeploy safety nets and social protection schemes as targeted measures towards cushioning adjustment to reform. 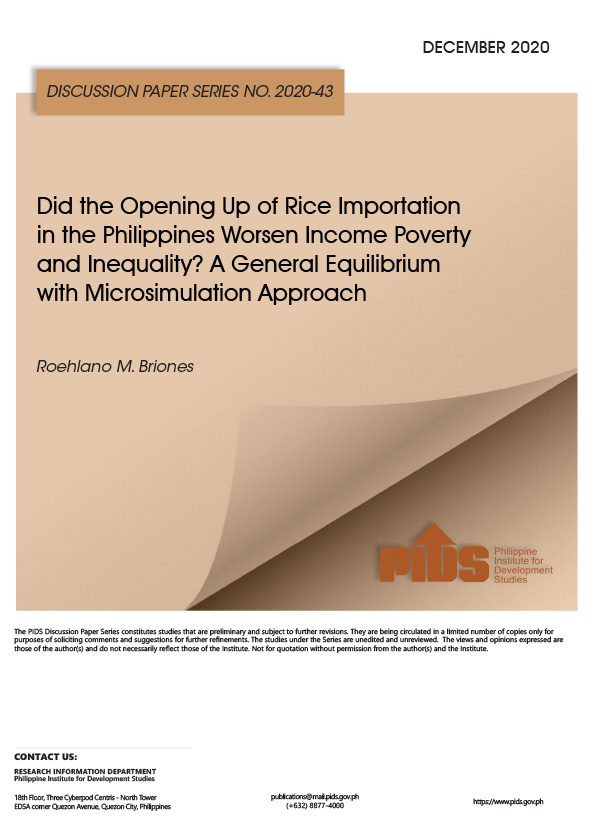 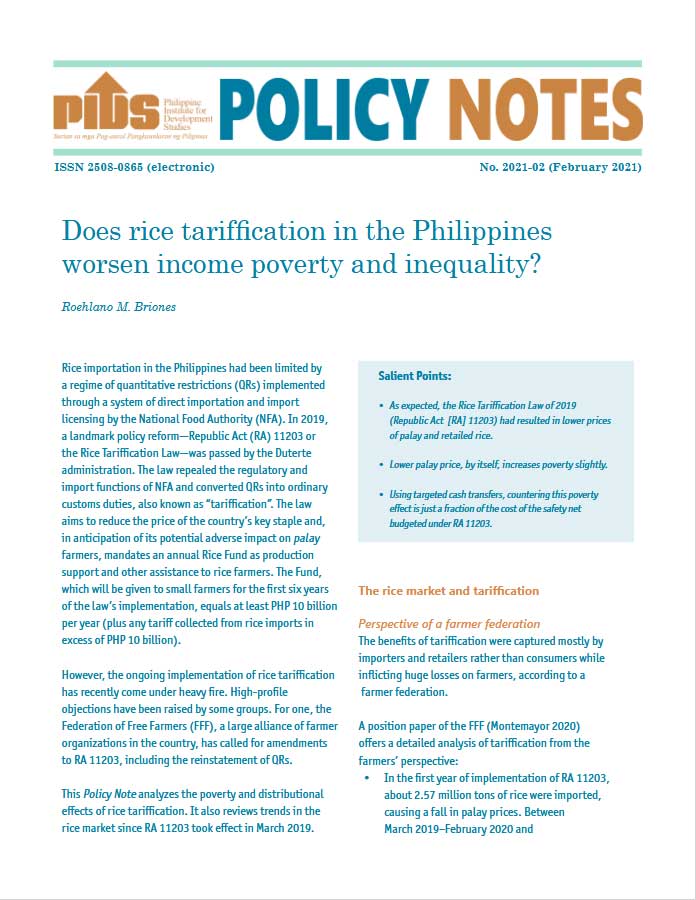 Does Rice Tariffication in the Philippines Worsen Income Poverty and Inequality?
Policy Notes 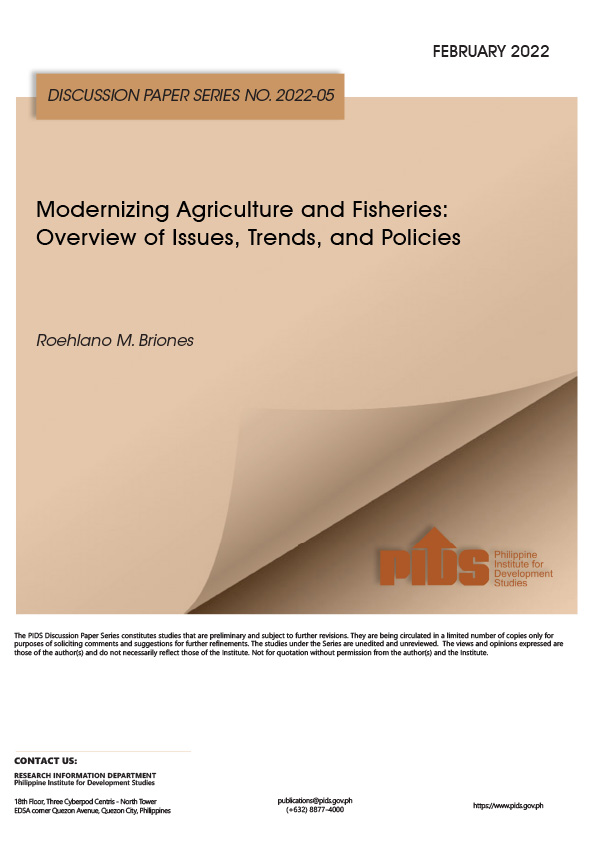 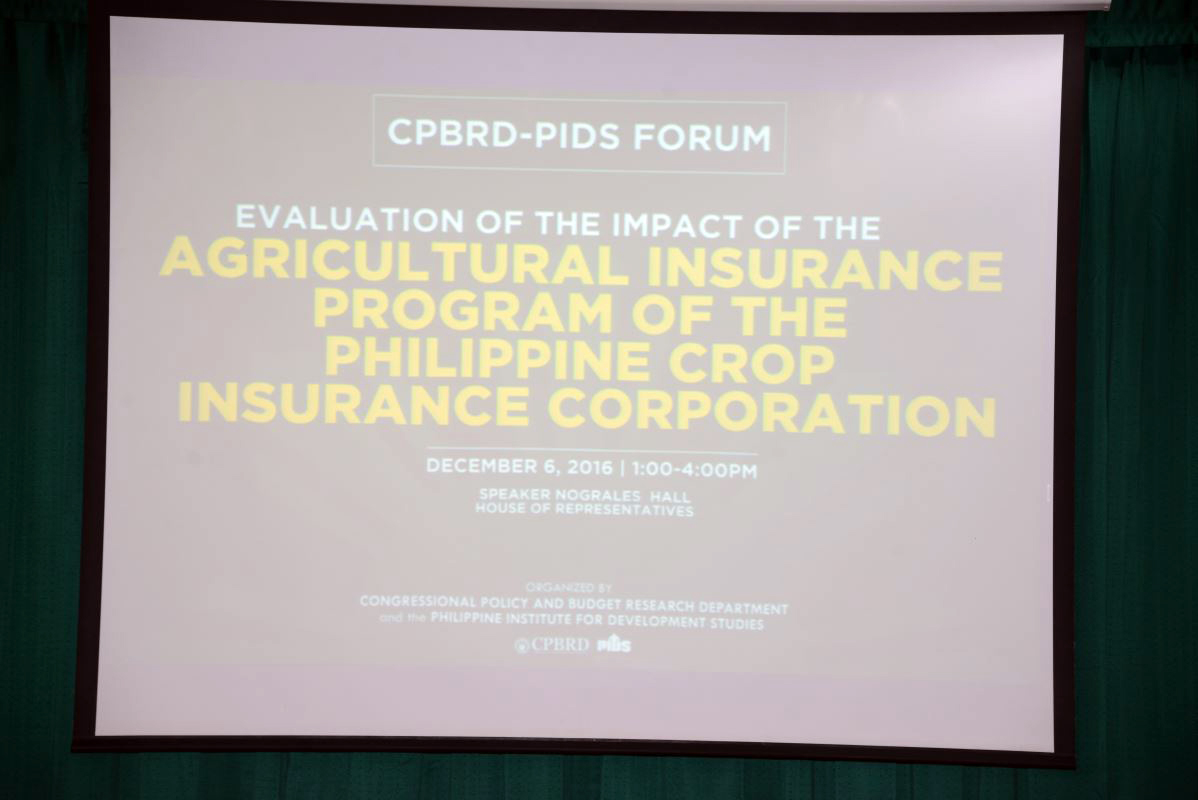 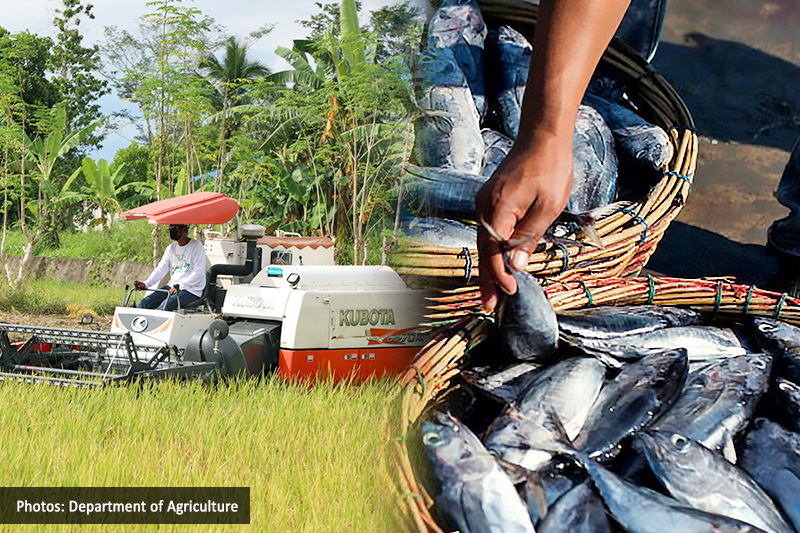 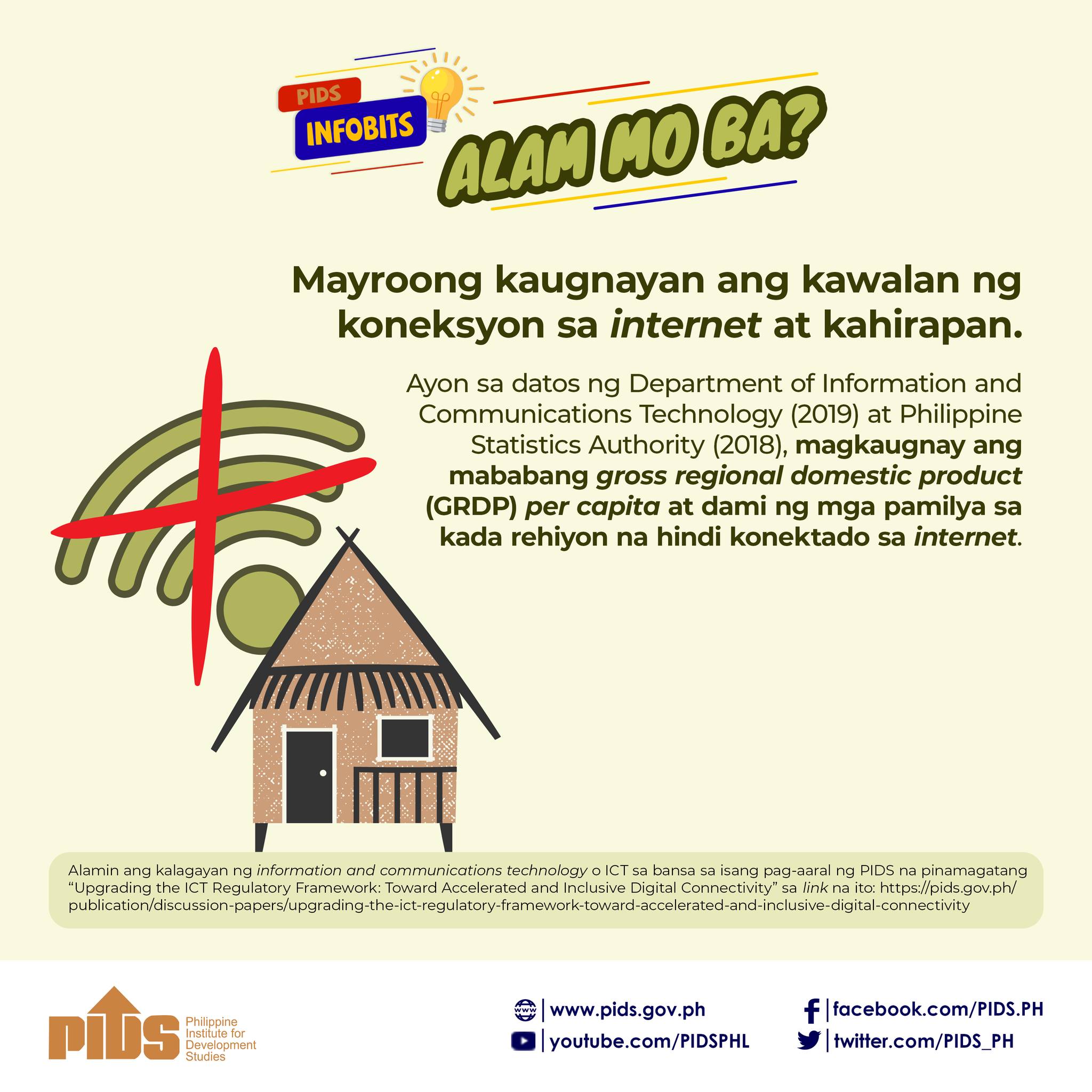 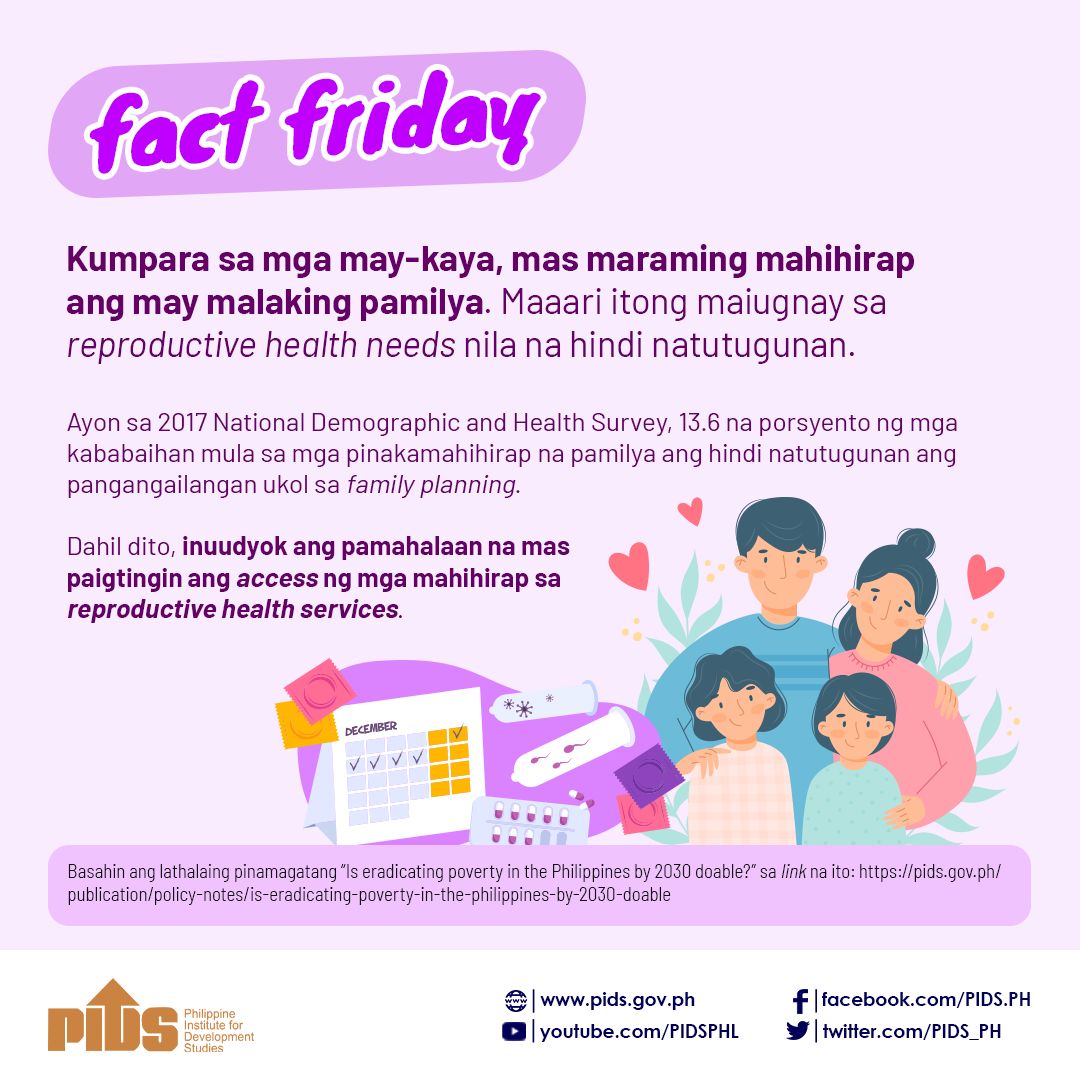