The Bangko Sentral ng Pilipinas (BSP) should reconsider its policy of general moratorium on bank branching in order to enhance the efficiency and sustainability of microfinance institutions (MFIs).

Dr. Mario Lamberte, president of the Philippine Institute for Development Studies (PIDS), stated in his study entitled, Effecting Efficiency to Sustain MFIs: The Case of Cooperative Rural Banks, that limiting entry of microfinance-oriented banks, which is the current policy of BSP, failed to make cooperative rural banks (CRBs) more efficient. He explained that CRBs have a tendency to be more cost-efficient in a more competitive environment, that is, where bank density is high.

More specifically, the study found out that CRBs operating in a province where bank density is low tended to be less cost-efficient. It appears that lack of competition does not motivate CRBs to improve their efficiency, Lamberte pointed out.

Aside from implementing a more comprehensive liberal bank entry and branching, the study also recommends that the BSP should play a more active role in monitoring MFIs that have greater diffusion of ownership because agency problem is likely to occur in these institutions. 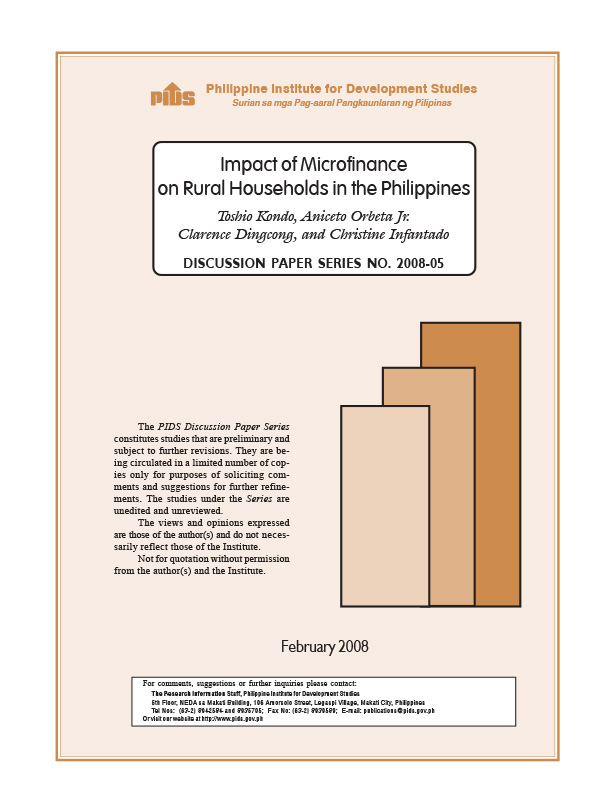 Impact of Microfinance on Rural Households in the Philippines
Discussion Papers 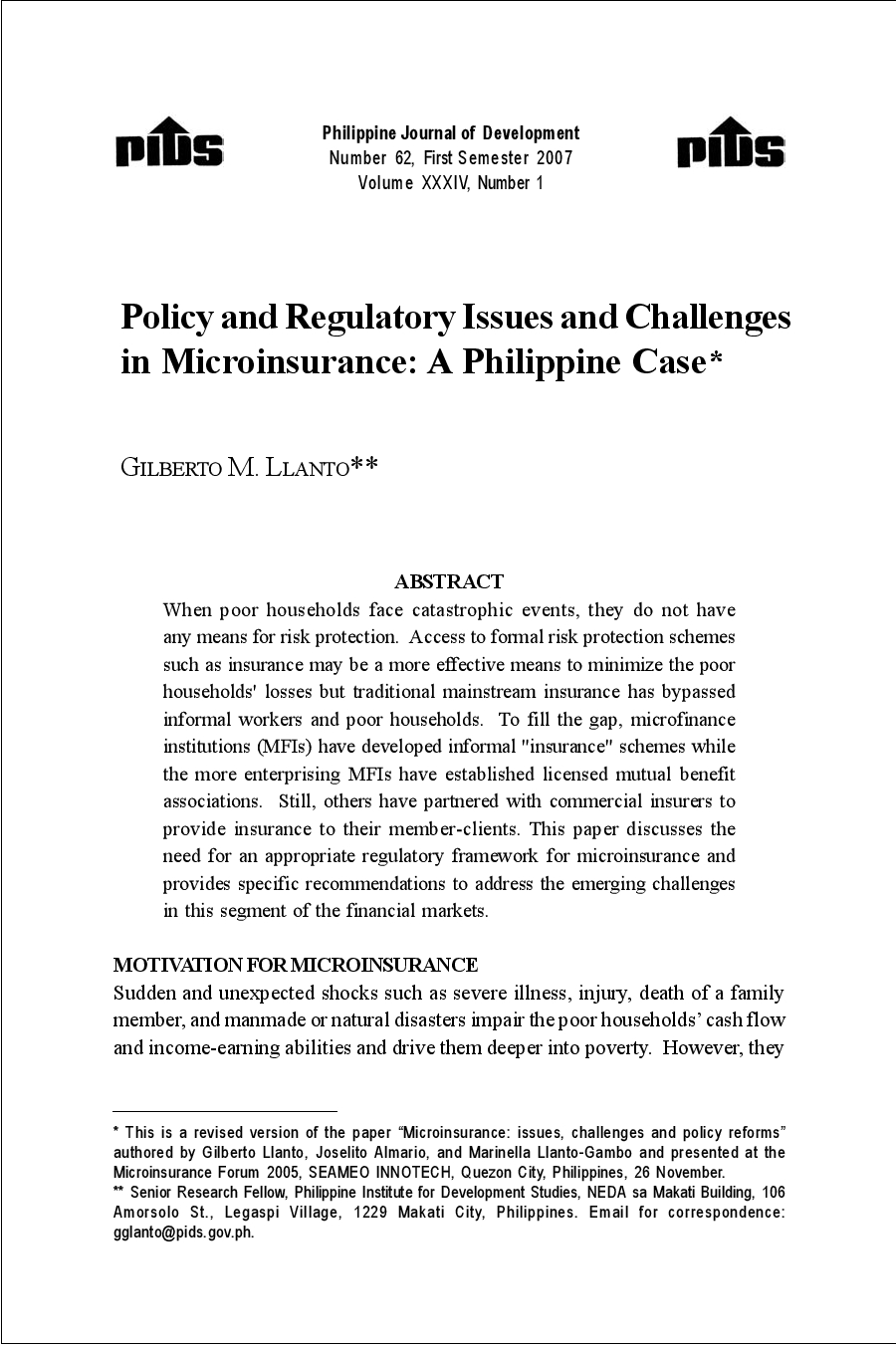 Policy and Regulatory Issues and Challenges in Microinsurance: a Philippine Case
Philippine Journal of Development 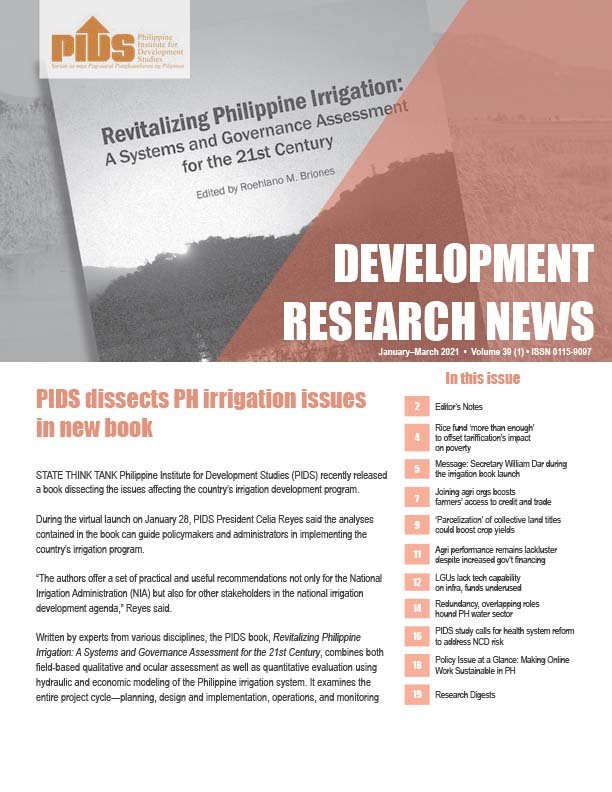 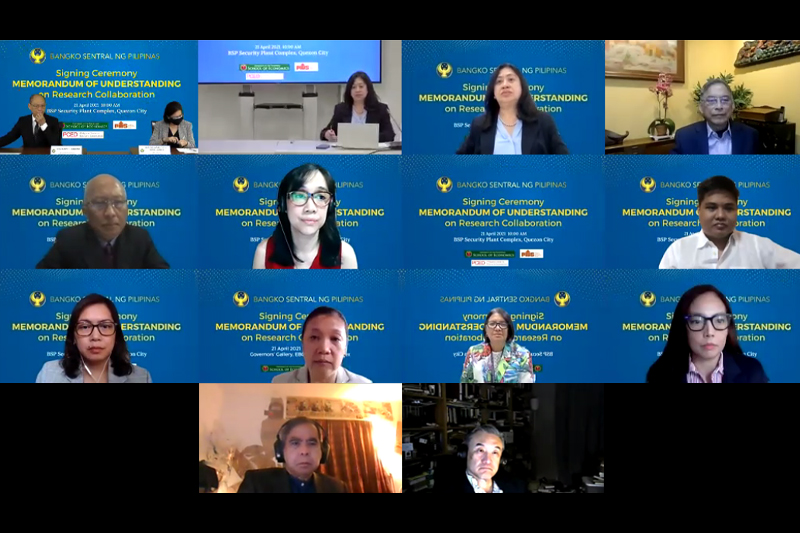