According to PIDS research fellow Celia Reyes and research associates Adrian Agbon, Christian Mina and Reneli Ann Gloria, the collaboration between PCIC and the LGUs can increase the penetration rate of agricultural insurance among farmers.

To gain a better understanding of the implementation of the existing agricultural insurance programs of the LGUs with PCIC, the PIDS research team covered the provinces of Isabela, Cebu, Negros Oriental and Davao del Norte in its study.

The results showed that providing a premium subsidy resulted in increased enrollment of rice and corn farmers in each province.

Two LGUs, Davao del Norte and Cebu, explicitly mentioned that the compelling reason for the provision of agriculture insurance in their LGU is climate change, while Isabela and Negros Occidental included a health component in their insurance program, aside from the product- and crop-insurance coverage.

We observed that Isabela has a unique feature in its agriculture insurance program as it included scholarships, which, to our view, is an improvement in the long-term human capital among children of farmer and fisherfolk,” the researchers shared.

The research also tackled the different modalities of the four LGUs in providing agricultural insurance. Cebu and Isabela provinces offer full premium subsidy to eligible farmers and fisherfolk, unlike Negros Occidental, which provides loan to eligible farmers, which is equivalent to 25 percent of the total premium.  With this arrangement, a farmer has to pay a certain amount upon enrollment, depending on the product line, while the remaining amount will be shouldered by the province and paid for by the farmer after harvest time

Various modalities in the sharing schemes among the national government, LGUs and the farmers are crucial in the sustainability of the program.  As to which program is better to replicate, the PIDS team still needs to study more the financial viability of each LGU program,” the authors explained. 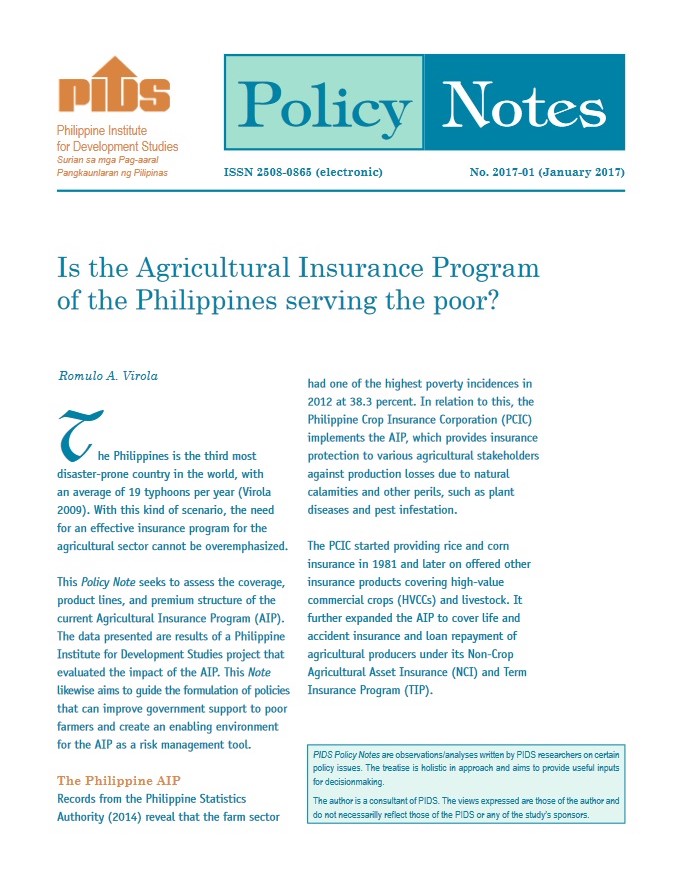 Is the Agricultural Insurance Program of the Philippines Serving the Poor?
Policy Notes 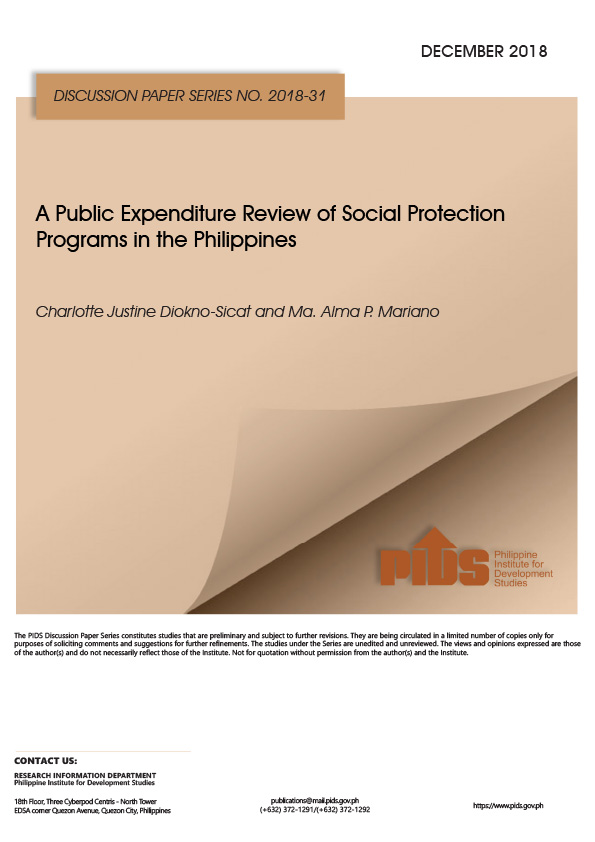 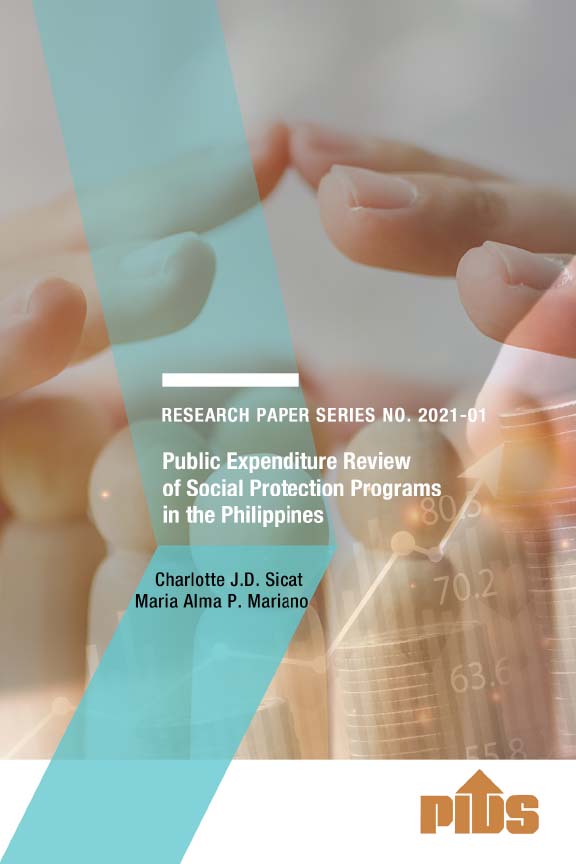 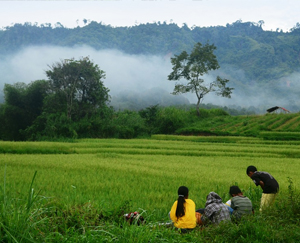 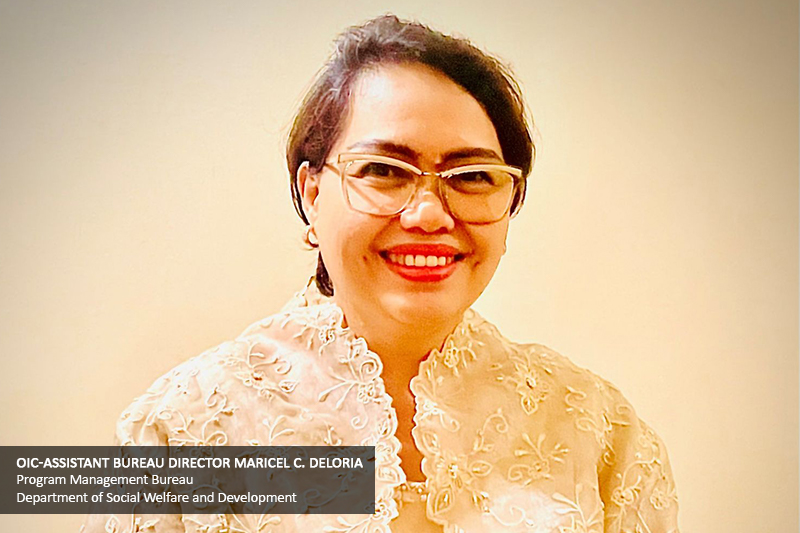