The Daily Tribune
Ed Velasco
Article Link
The inclusive growth mantra of the Philippines has to be further asserted in the Asean Economic Community (AEC). Otherwise, the Philippines will be at the losing end, a former director general of the National Economic Development Authority (Neda) said. In his report to various government and private entities, Dr. Cielito Habito, former Neda chief during president Fidel Ramos’ time, said if this is done, it will mean that AEC is on the "road to being competitive than complementary.” "The Philippines has a predominantly intra-industry trade with the rest of the Association of Southeast Asian Nations (Asean) countries, especially with its major trading partners in the region, meaning we trade in products within the same industries. The Philippines’ top exports to its major Association of Southeast Asian Nations trading partners are petroleum products, electronics, and chemicals, the same products that we import in the region,” Habito, now chief of party of the USAid Trade Related Assistance for Development, said in his report. Habito also commented on the budget misallocation in the agricultural sector, where 70 percent of the commodity budget goes to rice yet it is only responsible for only about 16 percent of the value adding in agriculture. He considers the growth potentials of the services sector as very crucial for the AEC. "The Philippines has much more growth in the services sector because there are lots of value adding within this sector such as in design and software,” he said. Meanwhile, UP professor emeritus and first Neda director general Dr. Gerardo Sicat accentuated the negative impacts of the country’s governance and political issues on its investment performance. The changes of government have caused reversals of economic policies and the effects of these reversals were very costly, Sicat said. Sicat explained that the Philippines is the only country in the Asean that has complex constitutional provisions on economic issues. "We have restrictions on capital, landownership, public utilities and operation of land mineral resources, which not all foreign investors could deal with,” he said. PIDS senior research fellow and its acting vice president Rafaelita Aldaba stressed that the Philippines should not rely on the services sector alone if we want economic growth to be inclusive. Aldaba noted the urgent need for the revival of the manufacturing sector to increase the country’s competitiveness in the region. A more vibrant manufacturing sector also means more jobs available for Filipinos. "There has been very little movement of resources in the Philippine manufacturing sector. Its share of value added to GDP declined to 23.7 percent in the 2000s from 26.3 percent in the 1980s,” she said. 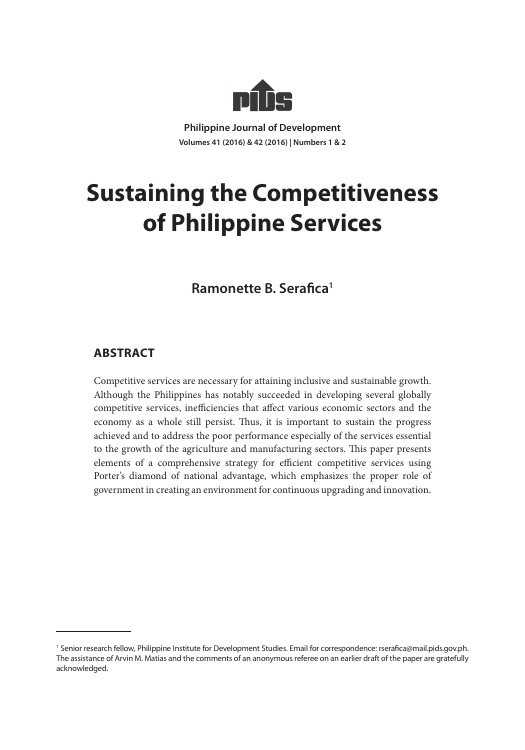 Sustaining the Competitiveness of Philippine Services
Philippine Journal of Development 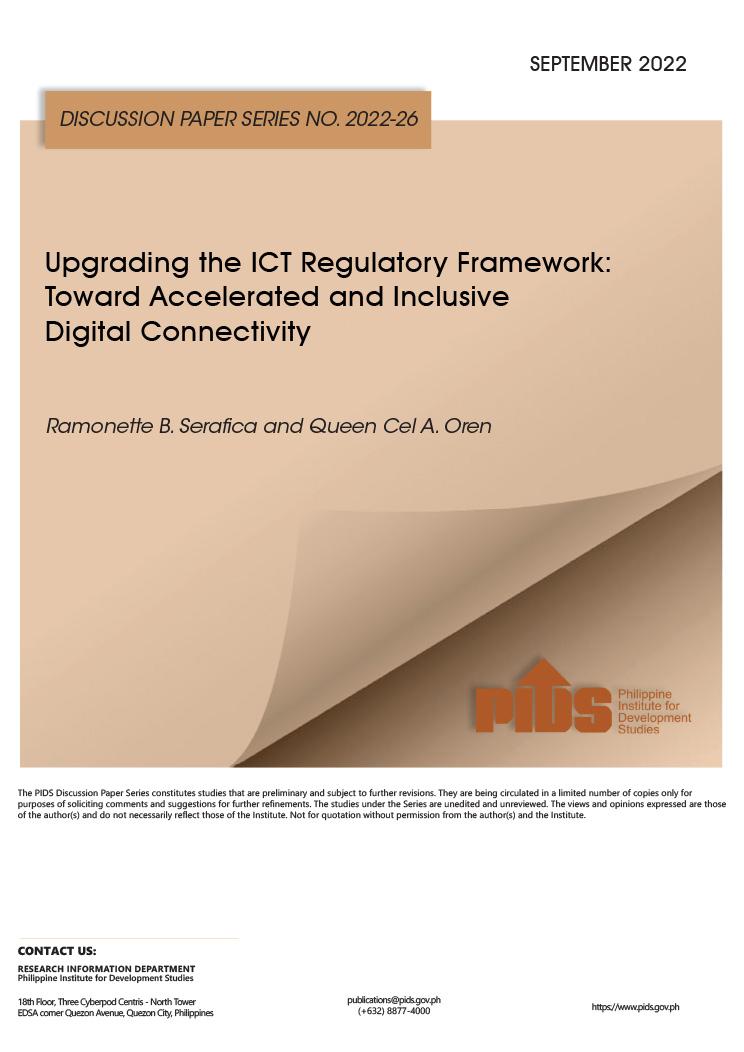 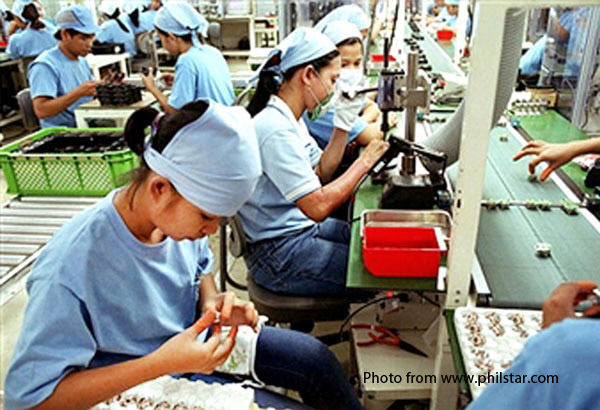 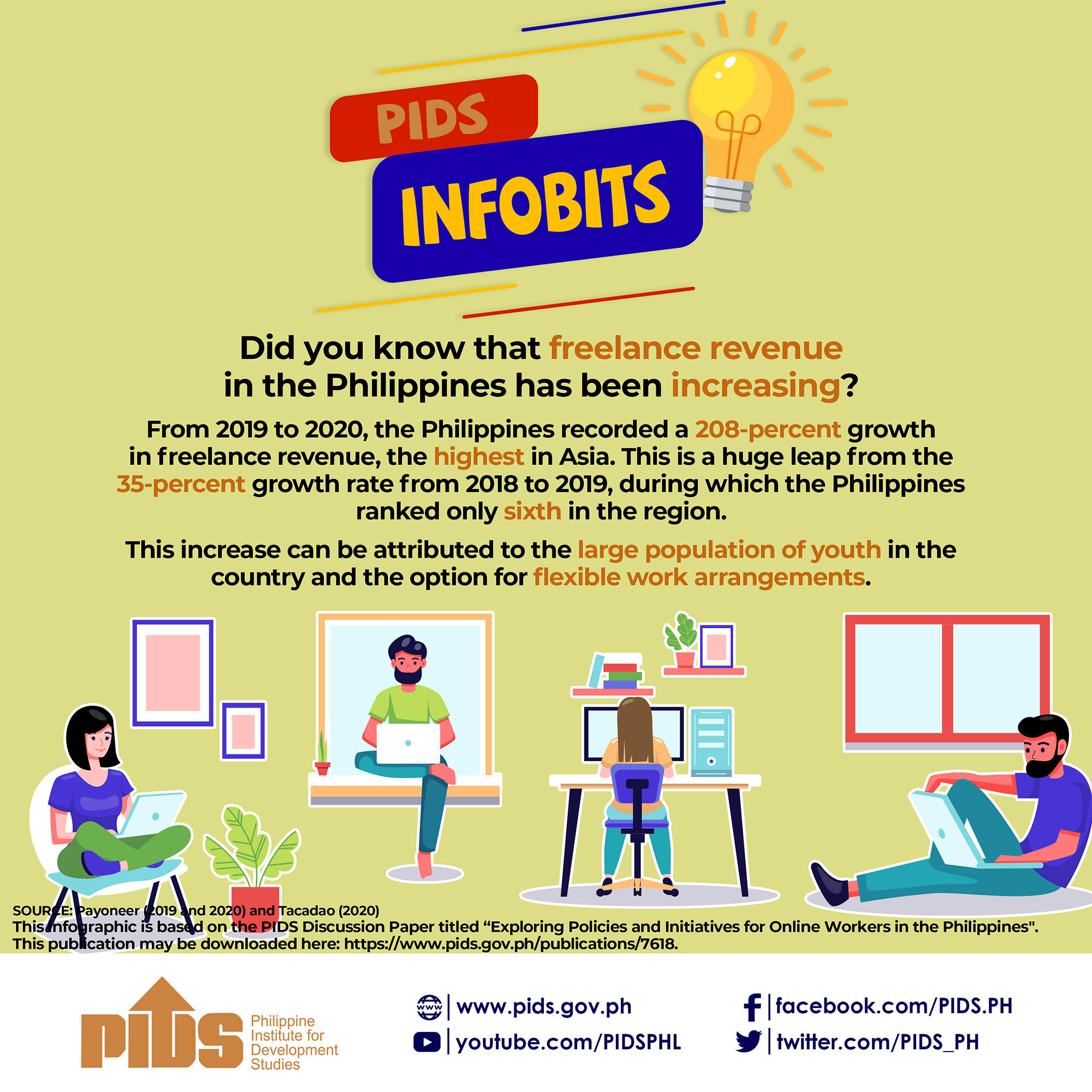 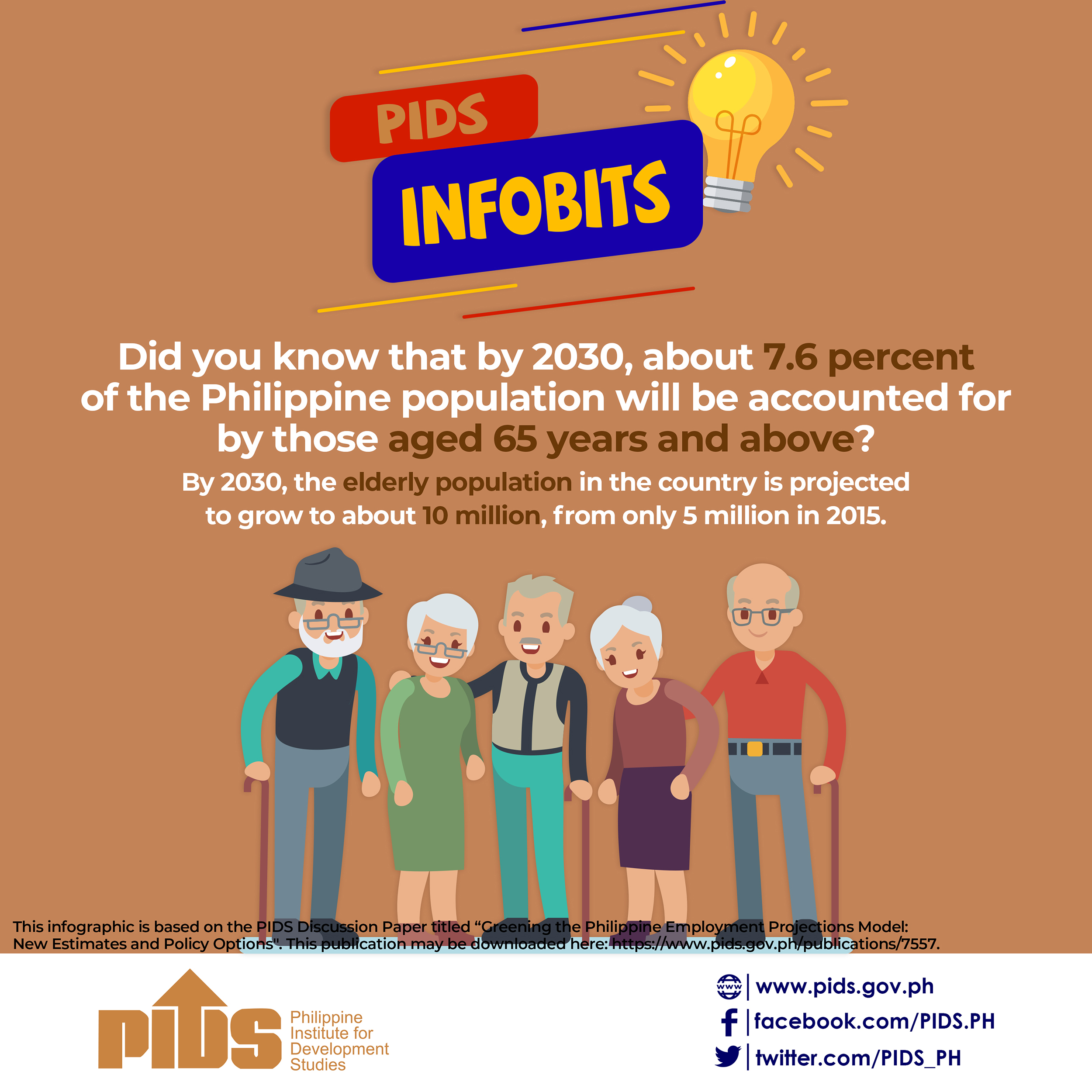