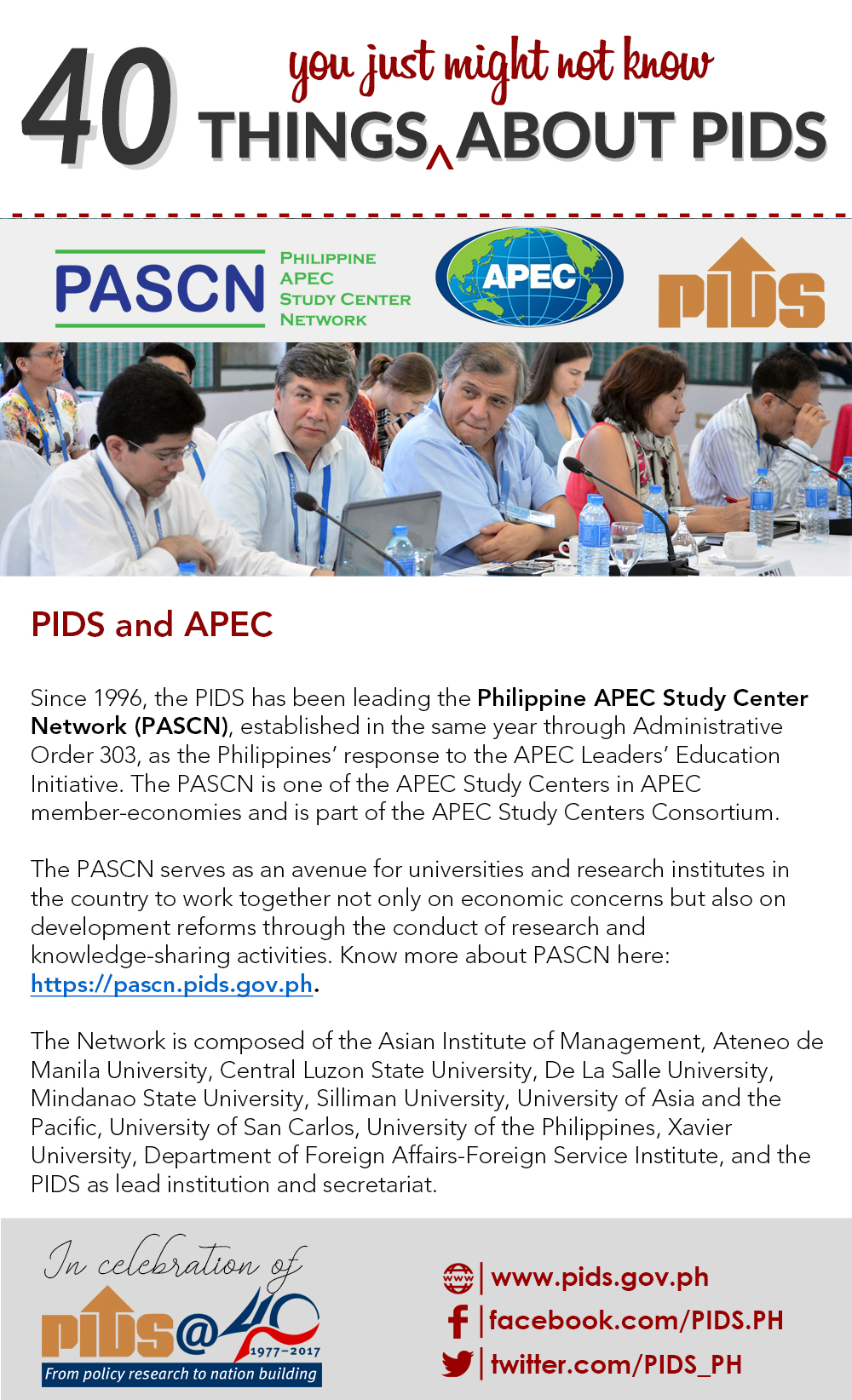 As we move closer to our 40th founding anniversary on September 26, we invite you to get to know the PIDS a bit more. Each day from August 18 to our anniversary day, we'll feature some interesting facts about the Institute—a total of 40 Things (You Just Might Not Know) About PIDS.

The PASCN serves as an avenue for universities and research institutes in the country to work together not only on economic concerns but also on development reforms through the conduct of research and knowledge-sharing activities. Know more about PASCN here: https://pascn.pids.gov.ph/

Previous Next
Share this resource
Infographics - 40 Things about PIDS
Sep 04, 2017