ONCE the Mandanas ruling takes effect next year, the responsibility to meet the Sustainable Development Goal (SDG) commitment on universal access to water may fall squarely on the shoulders of local government units (LGUs), according to the government’s think tank.

The researchers said in a Policy Note that these agencies should strengthen the LGUs’ capacity for investment planning, identifying bottlenecks and solving the delay in the utilization of their local development funds (LDF).

“The Mandanas ruling of the Supreme Court, which will take effect in 2022, will significantly increase LGU intergovernmental fiscal transfers because of the expanded national internal revenue tax base,” the researchers said.

“Thus, in the post-Mandanas scenario and the absence of national government-funded programs, the responsibility of closing the gap to attain universal water by 2030 lies entirely on LGUs and local communities,” they added.

However, the researchers said that should the national government decide to maintain their local water supply support programs, these should be well-targeted.

They added that the government should endeavor to address political economy issues which affect, among other, the overlapping water service providers (WSPs) that lead to the inefficient use of investments.

“The low capacity of LGUs to spend their LDF will create a problem if the national government decides to discontinue financing local infrastructure programs given the impending fiscal impact of the Mandanas ruling,” the researchers said.

The study found that LGUs received irregular funding from the national government because of the demand for water services and that the LDF, which is the source of finding for infrastructure investments, have not been fully funded.

The authors said the budget allocations under the “Sagana at Ligtas na Tubig Para sa Lahat,” or Salintubig, program paved the way for the decrease in the number of waterless municipalities to 234 in 2015 from 455 in 2010, spending on the program has seen a decline in succeeding years.

The program was implemented in 2012 as a pro-poor initiative designed to provide community-based water supply systems to 455 waterless municipalities. The beneficiaries were identified based on poverty incidence.

Through the years, the Salintubig coverage became part of the Bottom-up Budgeting (BuB), Grassroots Participatory Budgeting, and the LGSF-AM (Local Government Support Fund Assistance to Municipalities).

But when the BuB evolved into the LGSF Assistance to Disadvantaged Municipalities (ADM) and LGSF-AM programs, the authors said expenditures on water systems declined. This downward trend began in 2018.

In January 2012, former Gov. Hermilando I. Mandanas filed a petition at the Supreme Court (SC) seeking to compel the national government (NG) to include the internal revenue taxes collected by the Bureau of Customs (e.g., VAT, excise taxes, documentary taxes) in computing the aggregate share of LGUs in national internal revenue taxes as provided under Section 284 of the 1991 LGC.

Mandanas also questioned the deduction of tax revenues earmarked for LGUs (or some subsets of LGUs) from the base used to compute the IRA (e.g., share of tobacco producing LGUs in excise tax on cigarettes), and other deductions like the 1⁄2 of 1 percent of national taxes as auditing fee of the Commission on Audit (COA).

In July 2018 the SC ruled that the aggregate IRA should be computed as 40 percent of all taxes and that deductions from the IRA being questioned by Mandanas are valid. The High Tribunal also said the application is prospective on the basis of the post-operative doctrine and the increase in the IRA arising from this ruling will start in 2022.

In December 2019, the Development Budget Coordination Committee (DBCC) estimated that the Mandanas ruling will increase the aggregate IRA in 2022 to P1.102.7 trillion or 0.9 percent of GDP. This is an increment of P225.3 billion from P847.4 billion. 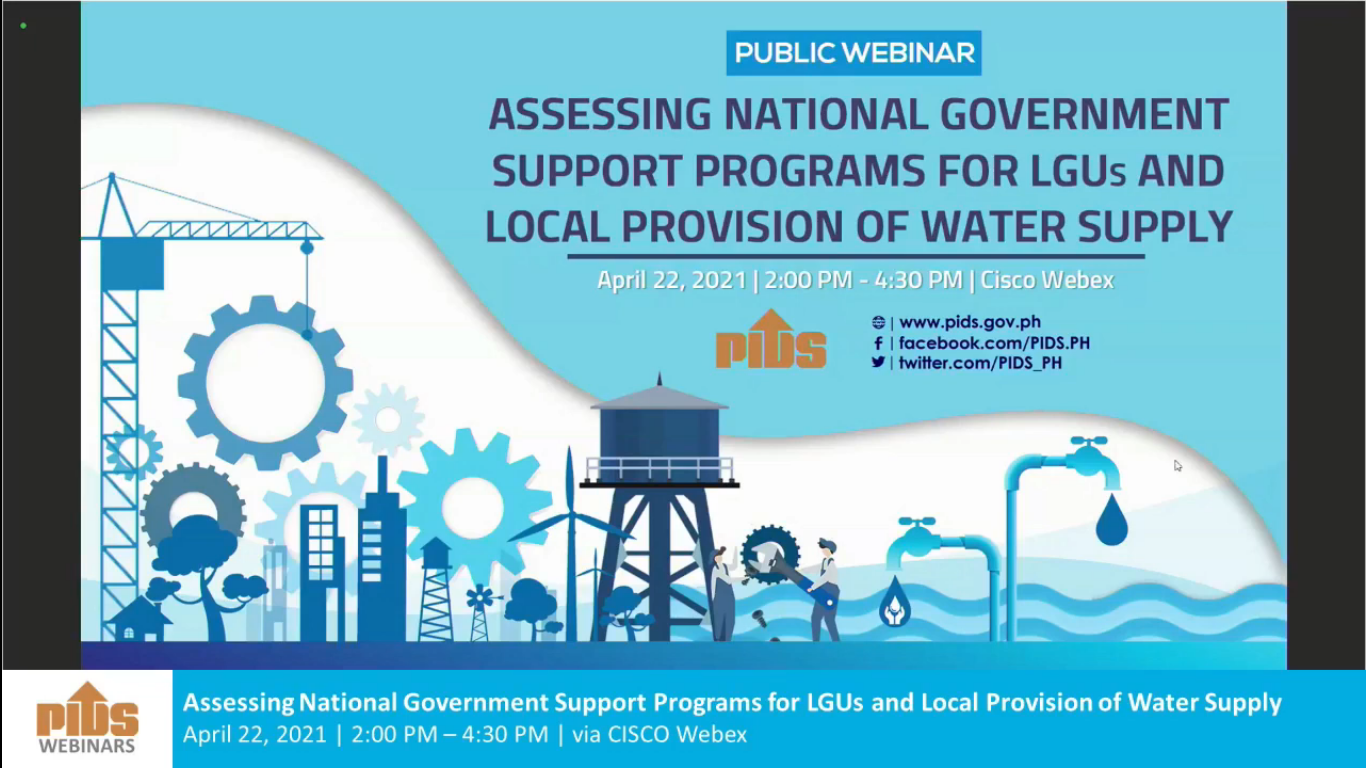 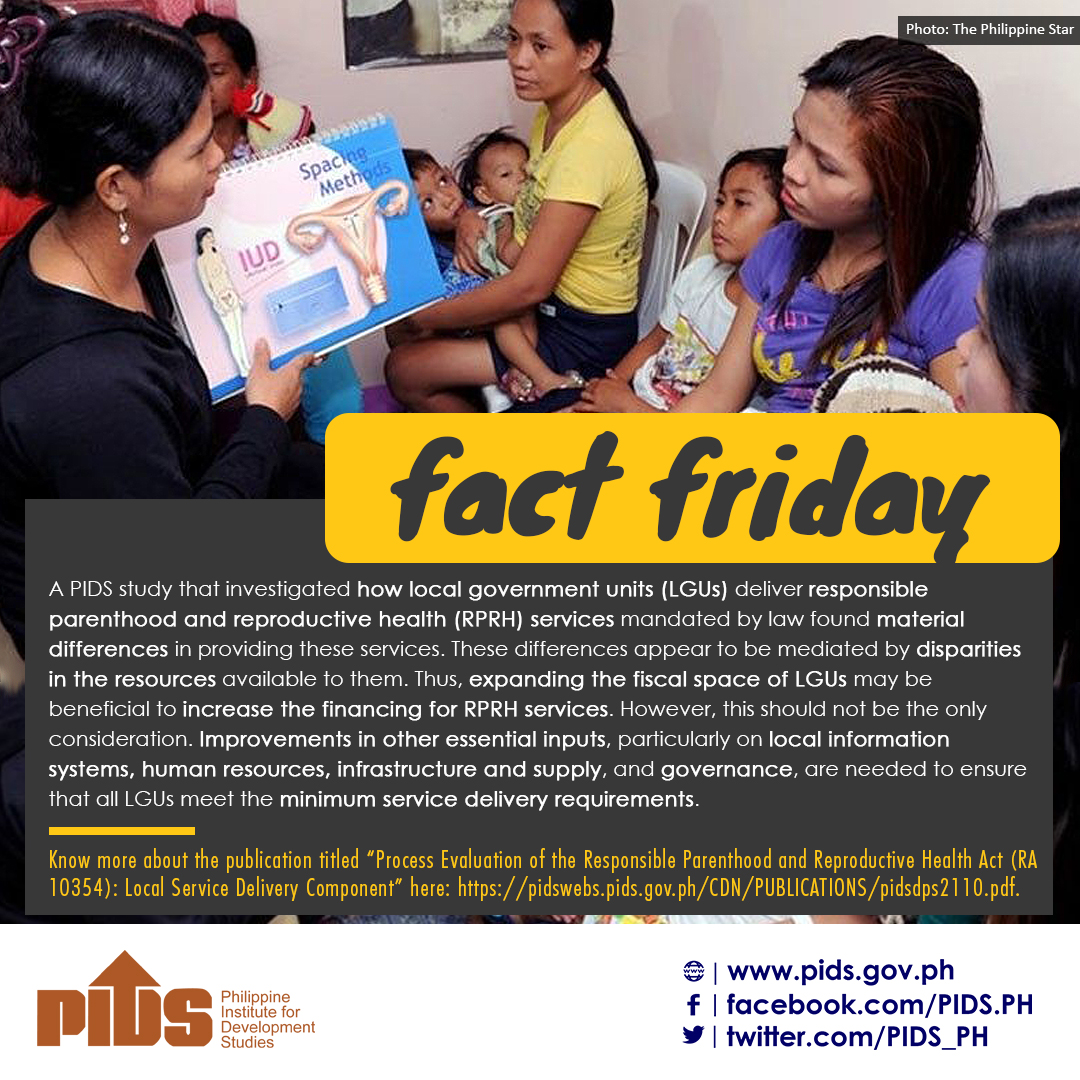