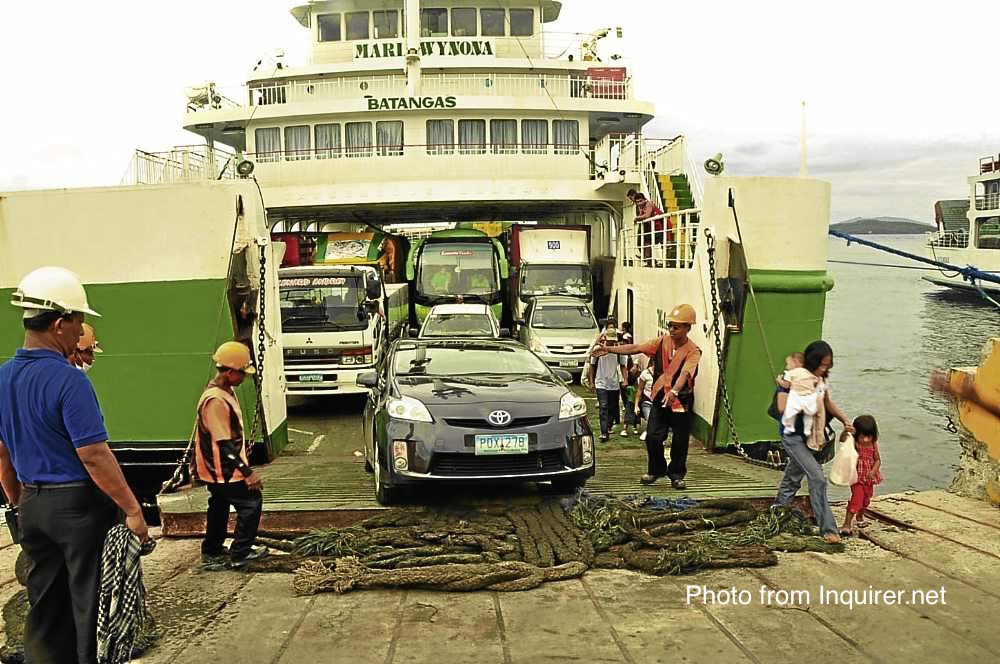 The implementation of the roll-on/roll-off (Ro-Ro) transport system in the country has yielded positive results, according to a study released by state think tank Philippine Institute for Development Studies (PIDS).

Former PIDS Research Analyst Kris Francisco, in her paper “The Impacts of Roll-On/Roll-Off Transport System in the Philippines”, found that the Ro-Ro program of the government has increased “household income by about 7 percent in municipalities near the Ro-Ro ports”.

Francisco said this was due to the “reduced cost of inter-island shipping and travel time”, which stimulated both agriculture and nonagriculture-related activities.

Citing a previous study of the Asian Development Bank, she said the Ro-Ro policy was “able to cut the travel time between Mindanao and Luzon by 12 hours” and has lowered the “cost of freight and passenger transport by about 30 percent and 40 percent, respectively”.  It has also expanded the scope of regional markets by introducing new inter-island connections.

Aside from improving their income, the study also showed that the Ro-Ro policy “was able to generate a relatively long-term impact” as opportunities gained by households from the Ro-Ro port operation were extended to their children “in the form of human capital investment”.

Francisco disclosed that about 83,2017 males and 74,637 females were able to study because of the Ro-Ro port operations. According to her, the increase in the financial capacity of households, especially those living near Ro-Ro ports, have enabled them to send their children to school.

Implemented in 2003, Francisco noted that the Ro-Ro policy was able to integrate roads with water transportation by allowing vehicles to directly board the ship without unloading their cargoes and be easily transferred from one island to another, through the Ro-Ro ferry terminal system (RRTS).

“The Ro-Ro policy was the government’s attempt to expand the country’s transport system with minimal investment. Instead of investing in new port infrastructure, [it] allowed the conversion of existing ports into Ro-Ro ports and encouraged private sector participation”, Francisco explained.

The RRTS is a network of Ro-Ro ferry terminals that link the country together through Ro-Ro ships. It is composed of three nautical highways, namely, Western, Central, and Eastern Nautical Highway, which started operating in 2003, 2008, and 2009, respectively.

It also serves as an alternative option to the Load-on/Load-off (Lo-Lo) system that was the dominant mode of shipping before 2003. Compared to Ro-Ro, Lo-Lo was too costly for small-scale shippers as its containerized method usually involves layers of fees for cargo handling and wharfage.

Francisco said the ultimate objective of the Ro-Ro policy is “to establish a seamless inter-island connectivity between Luzon, Visayas, and Mindanao, which aims to enhance local trade and tourism”.

“In general, our study highlights the central role of the transport system in an archipelagic country like the Philippines. It strengthens the argument that rural growth can be enhanced by providing urban-rural linkages through an efficient and affordable transport network," the author concluded. ###

If you wish to know more about the study, download a copy of the discussion paper from the PIDS website. 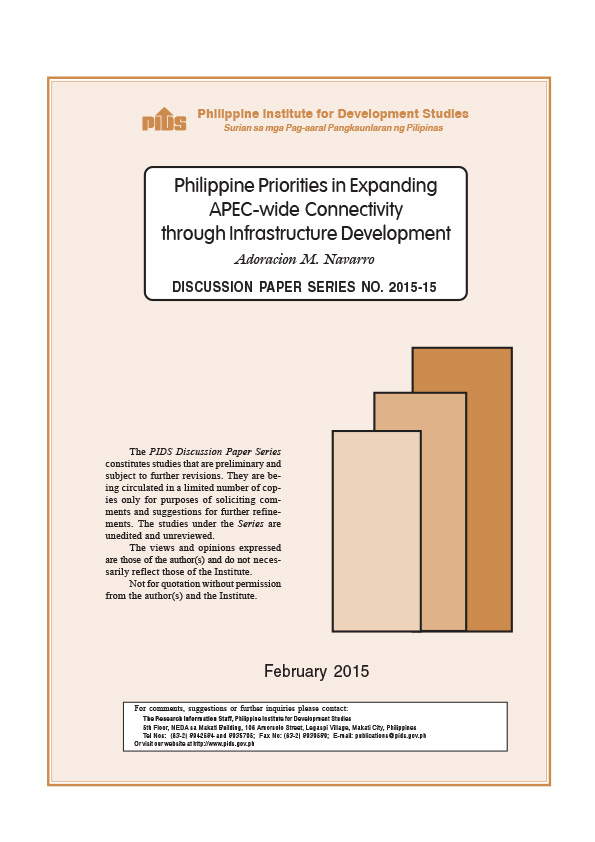 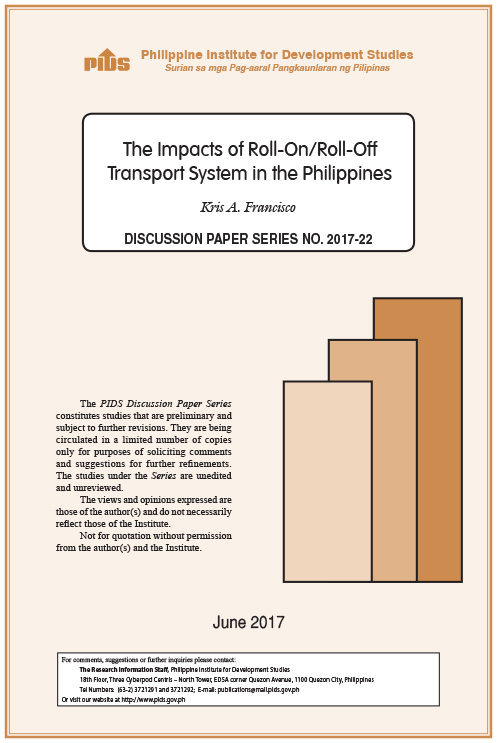 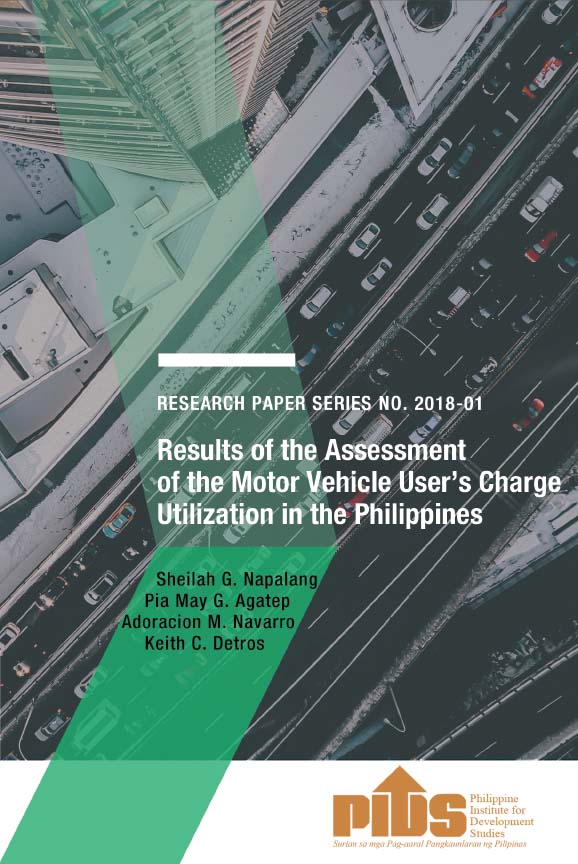 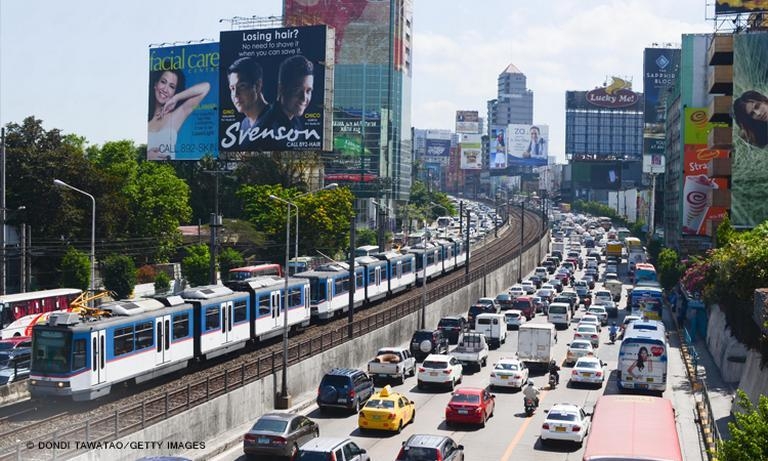 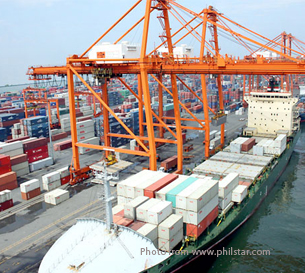 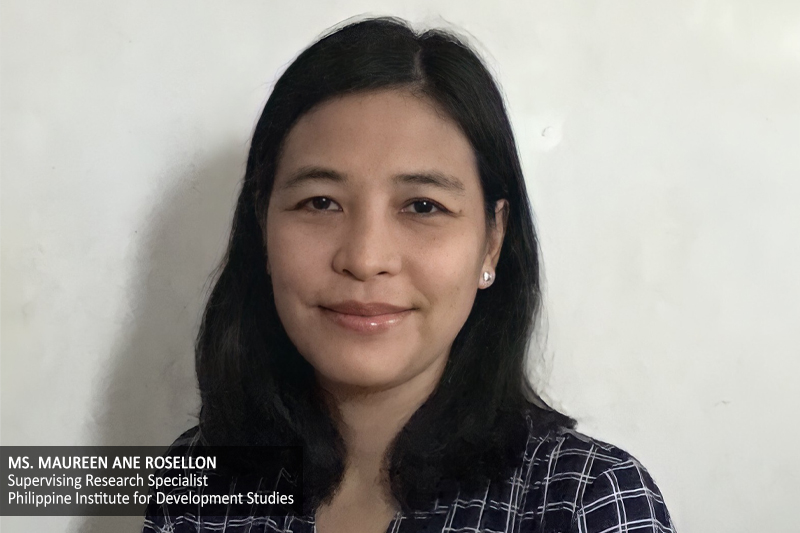 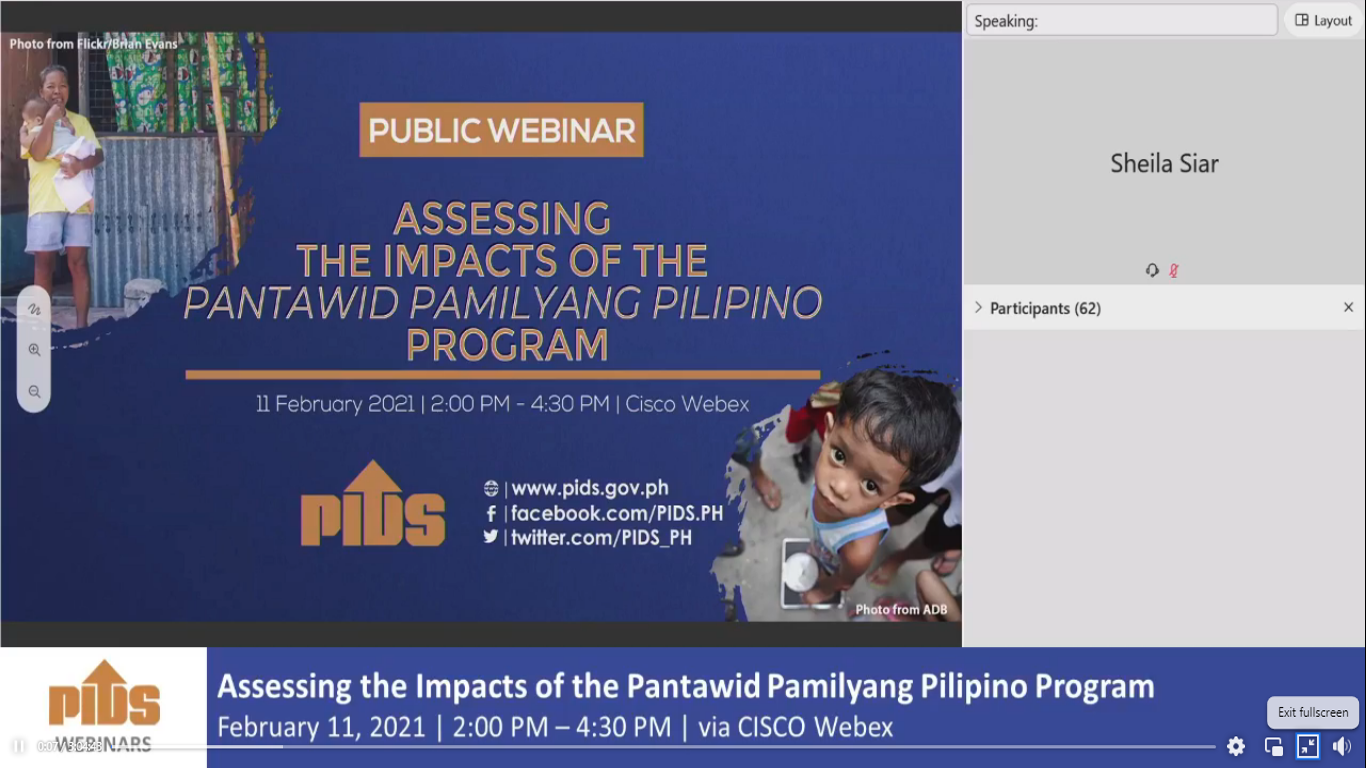 Assessing the Impacts of the Pantawid Pamilyang Pilipino Program
Videos 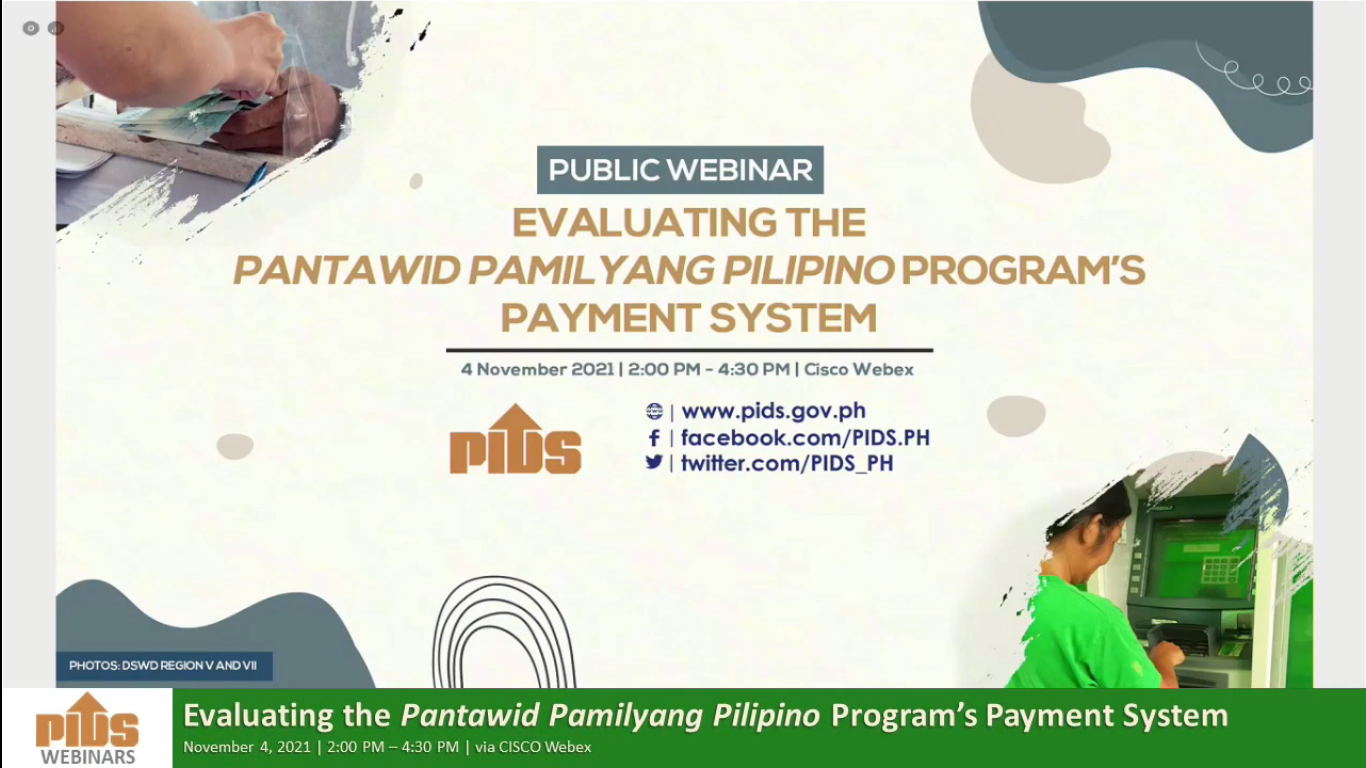 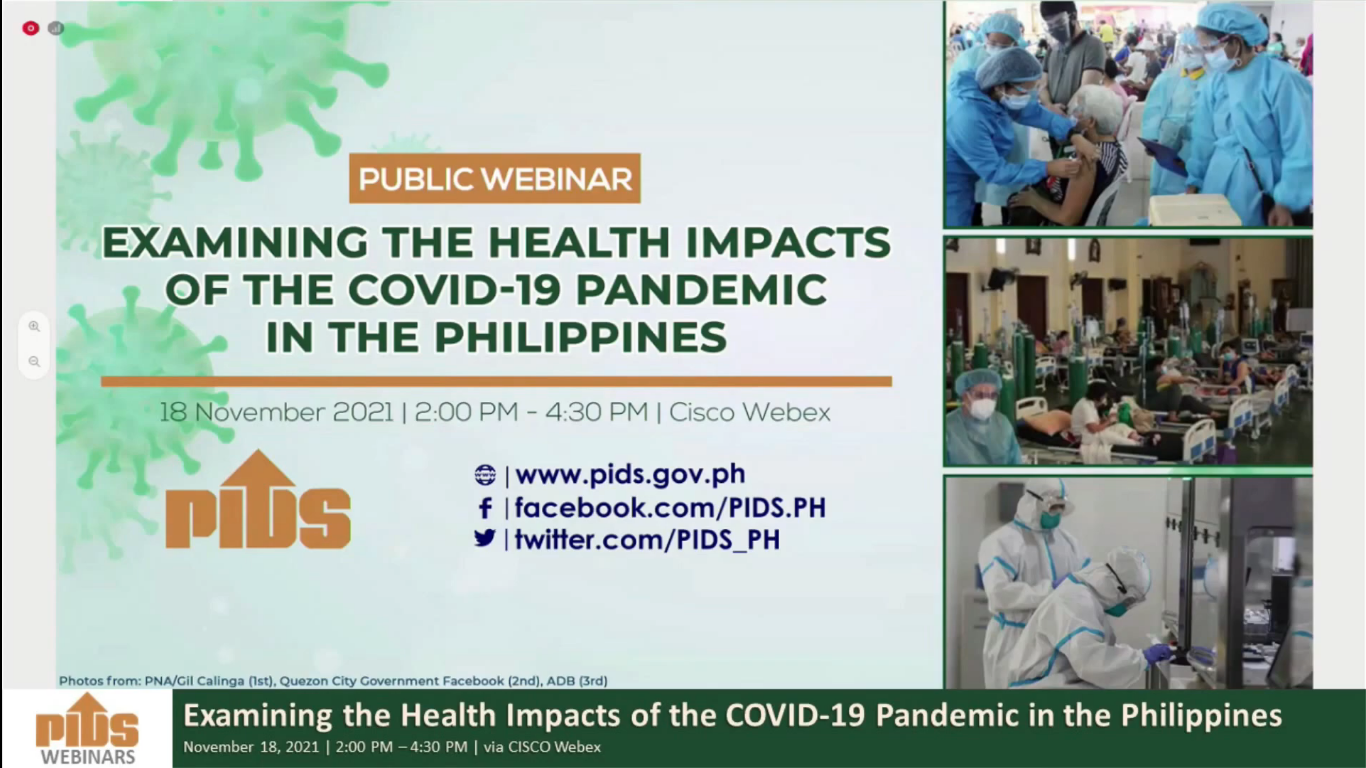 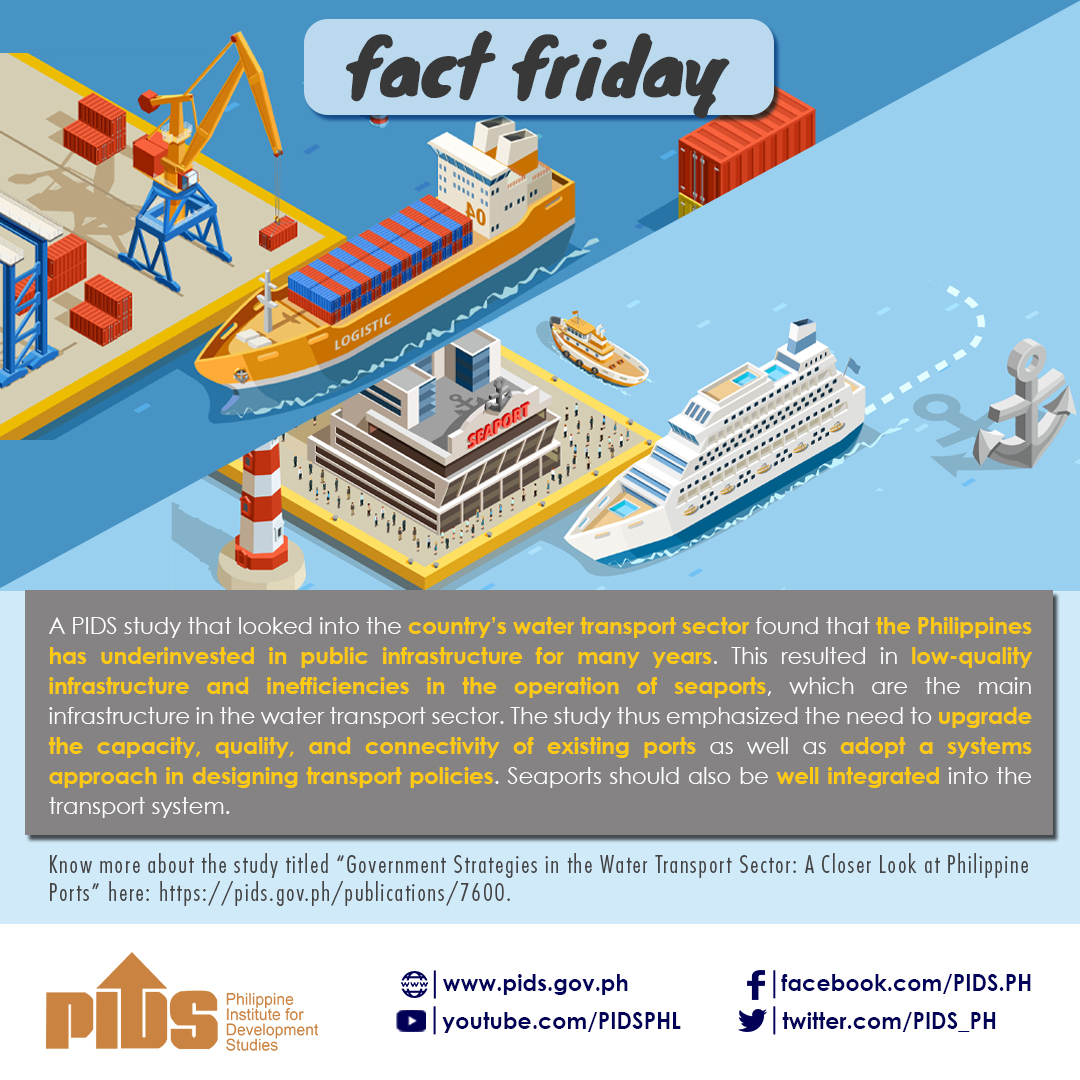