Consumption, Labor Income, and Lifecycle Deficit by Urban-Rural Residence and by Income Group: Philippines NTA 1991, 1999, and 2011 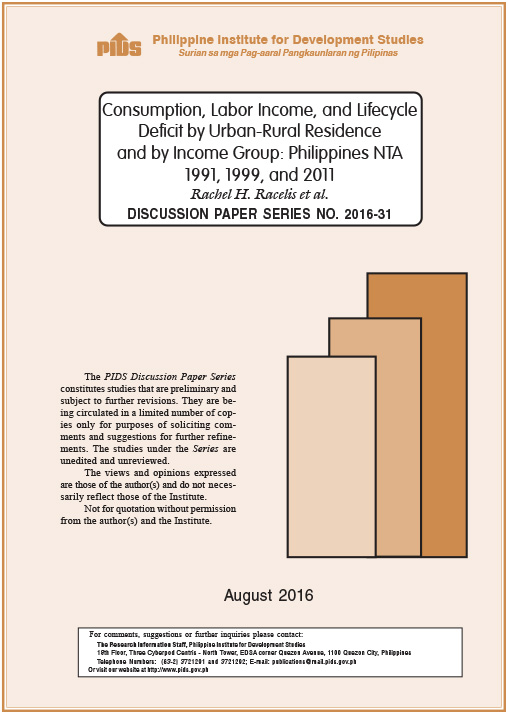