Furthermore, based on own estimation done, the study found that the occurrence and frequency of typhoons and/or floods in Pasay City, Metro Manila have significant and negative effects on household per capita income. It concluded that for Pasay City and other similarly situated urban areas in the country, natural disasters have a negative impact on household income and consequently on household poverty. The study proposed future studies that can be conducted on the interactions between natural disasters and household poverty in the Philippines. 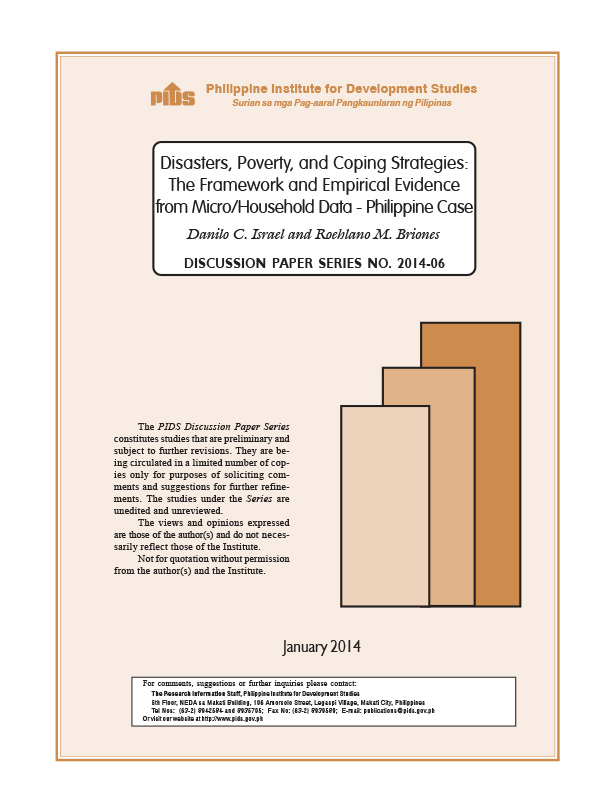