Epidemiological Assessment of Fires in the Philippines, 2010-2012

Fires are the most costly preventable emergency in the Philippines but are relatively unstudied. A 2012 study done by the Department of Health - Health Emergency Management Staff (DOH-HEMS) revealed that fires constituted 39 percent of all events reported to the Health Emergency Alert Reporting System (HEARS) from 2005 to 2009 and caused 263 deaths and 749 injuries. The epidemiology of fires and fire-related casualties in the Philippines from 2010 to 2012 was assessed.

All fires reported in the HEARS of the DOH-HEMS during that period were included in the study. Fires were a greater problem from 2010 to 2012 and affected the same geographic locations. A total of 883 fires and 824 fire-related casualties were reported, majority of which occurred in Metro Manila. Fires occurred throughout November to March, were more frequent from midnight to 3 a.m., and most often involved residential areas. No improvement in the fire situation was noted for 2010 to 2012. There is a need to review present local and national efforts at fire prevention and control. Further research and analysis of causes and determinants of fires would provide more useful information for fire prevention policy and planning in the Philippines. 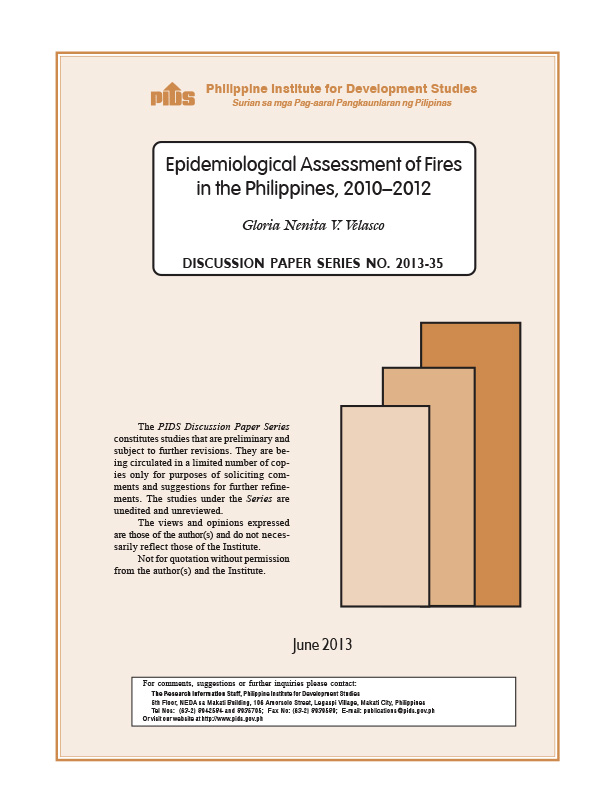