Modern Biotechnology Application and Regulation in the Philippines: Issues and Prospects

Modern crop biotechnology is being considered as a novel solution to the long-standing problems of food insecurity, low crop productivity, pest and disease prevalence, and micronutrient deficiency, particularly in developing and climate-vulnerable economies. Empirical evidence of its benefits encouraged the development and adoption of genetically modified organisms (GMOs) and related products, fostering global market dynamism. The Philippines' early adoption of technology and its inclusion among countries with the highest GMO corn hectarage in the early 2000s motivated the creation of regulatory guidelines and biosafety policies which informed development and commercialization timelines. The study reviewed the enabling regulatory structures to determine entry points for augmentation while an economic surplus analysis of GMO eggplant was carried out as a case study to estimate welfare benefits and potential opportunity costs for both consumers and local growers. Results showed that across simulations, even with the most conservative adoption delays due to regulatory lags, viable figures were still obtained with the lowest IRR at 20 percent. Notwithstanding contrary sentiments from interest groups, the government's priority must be to make available the modern biotechnology option, in both farm and household tables, in the most prudent but expedient way possible. The huge opportunity losses attached to suboptimal bureaucratic regulatory functioning have to be stemmed. 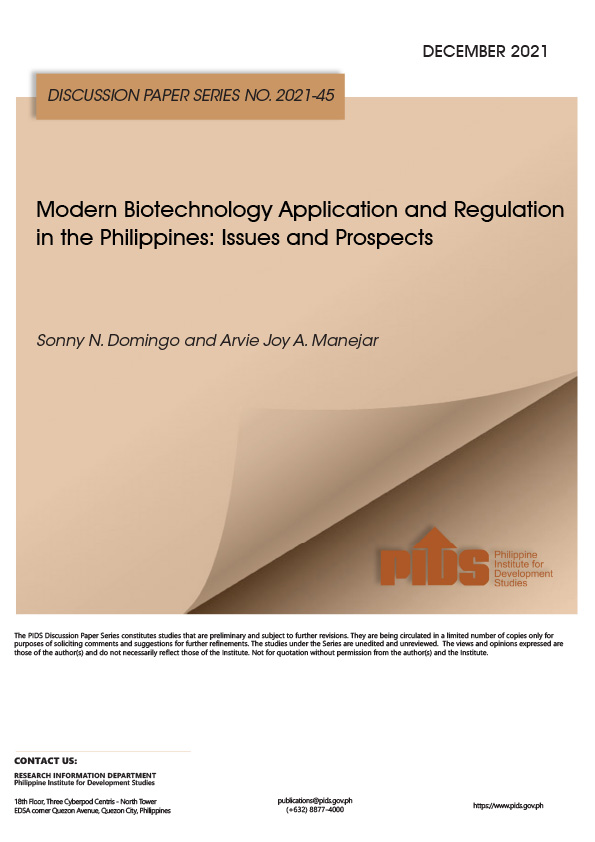 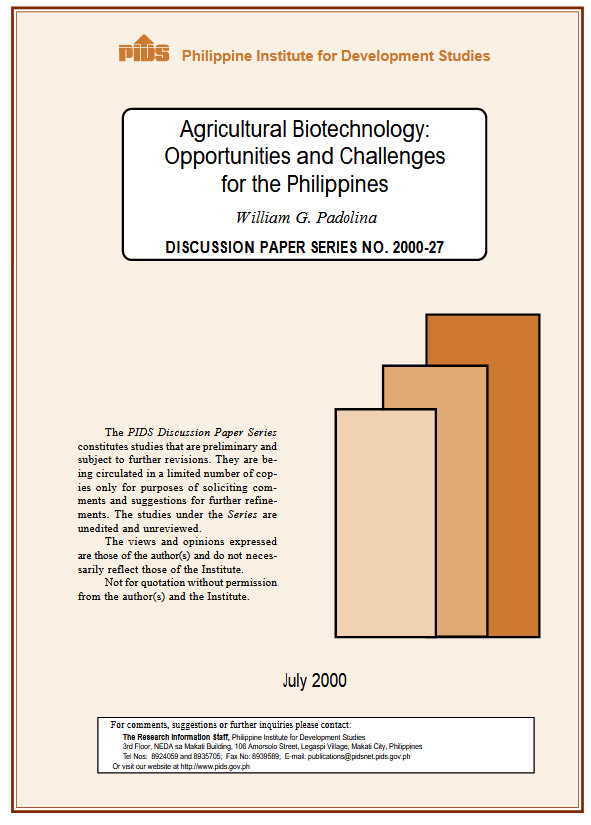 Agricultural Biotechnology: Opportunities and Challenges for the Philippines
Discussion Papers 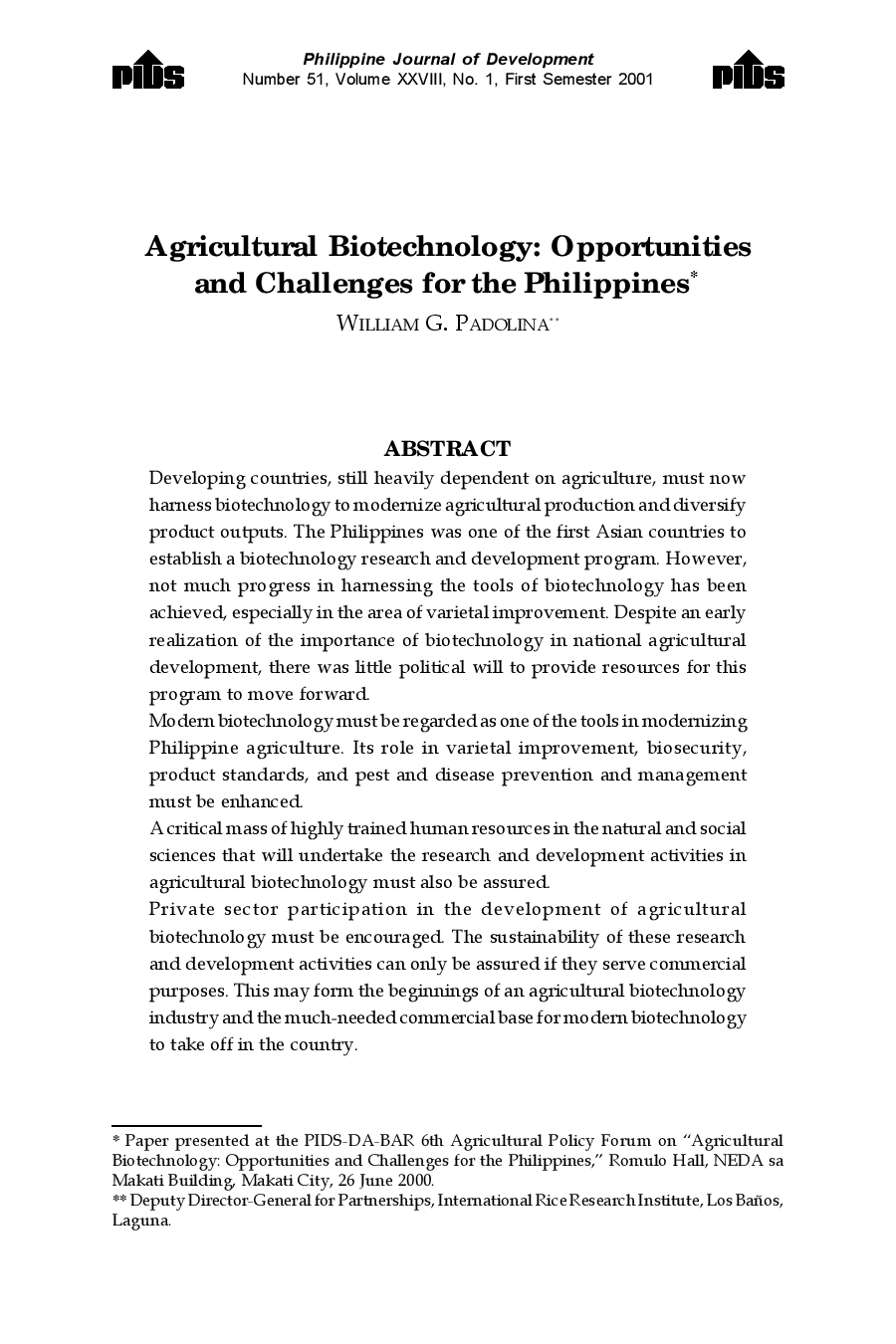 Agricultural Biotechnology: Opportunities and Challenges for the Philippines
Philippine Journal of Development 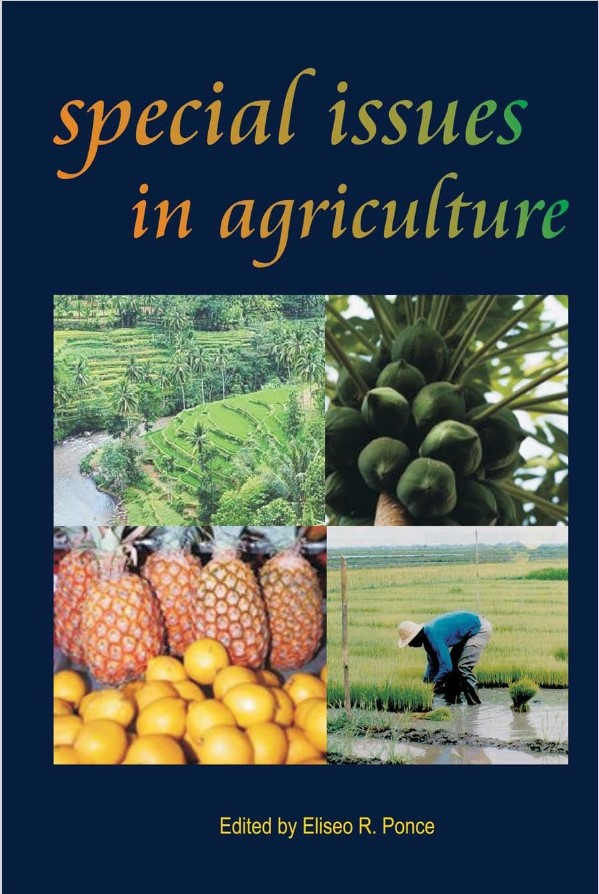 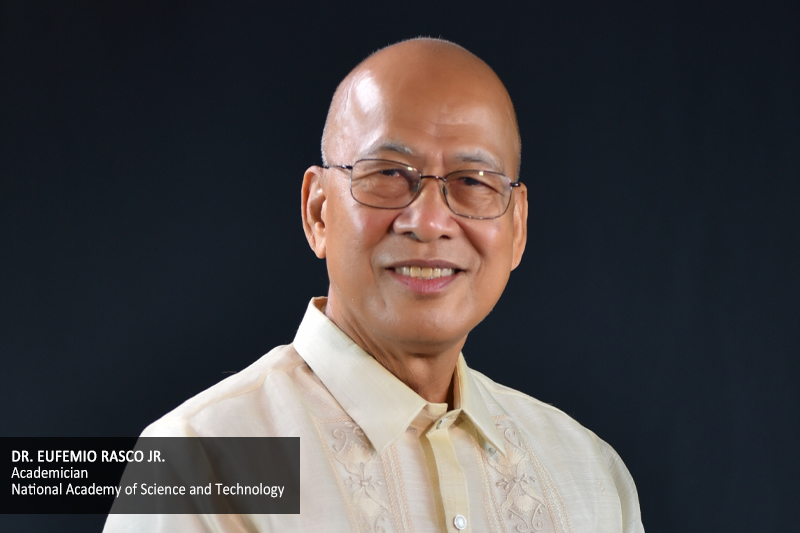 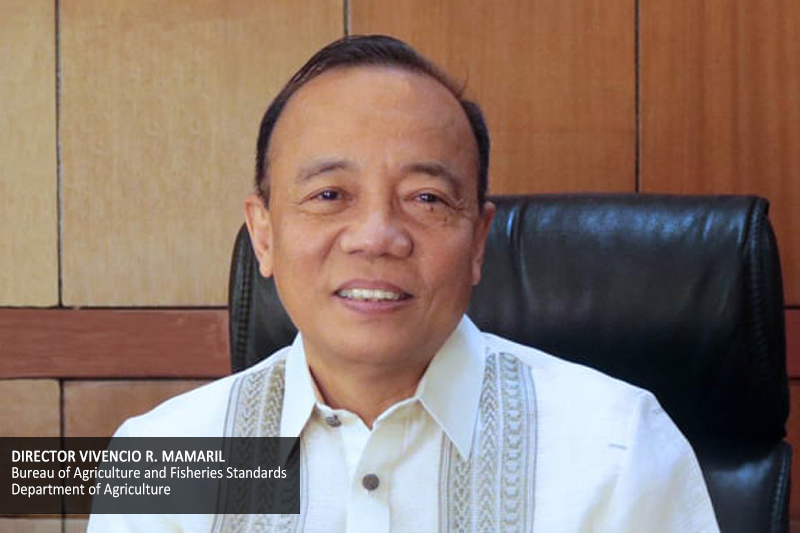 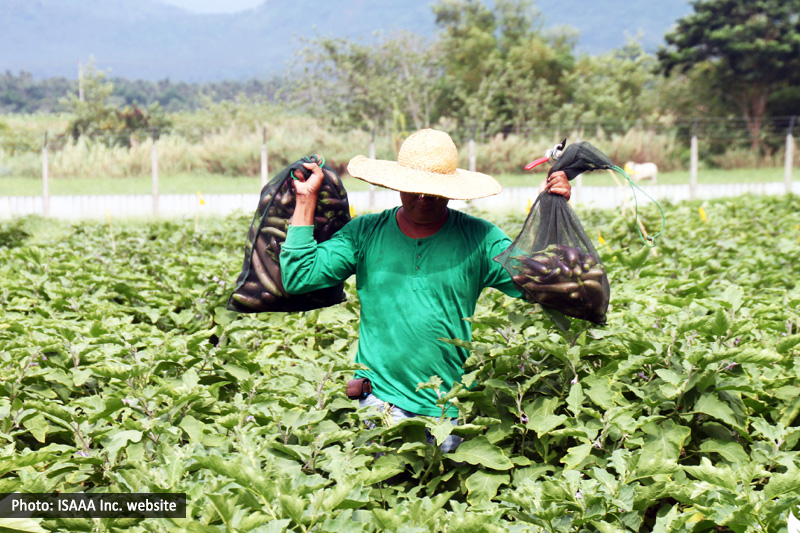 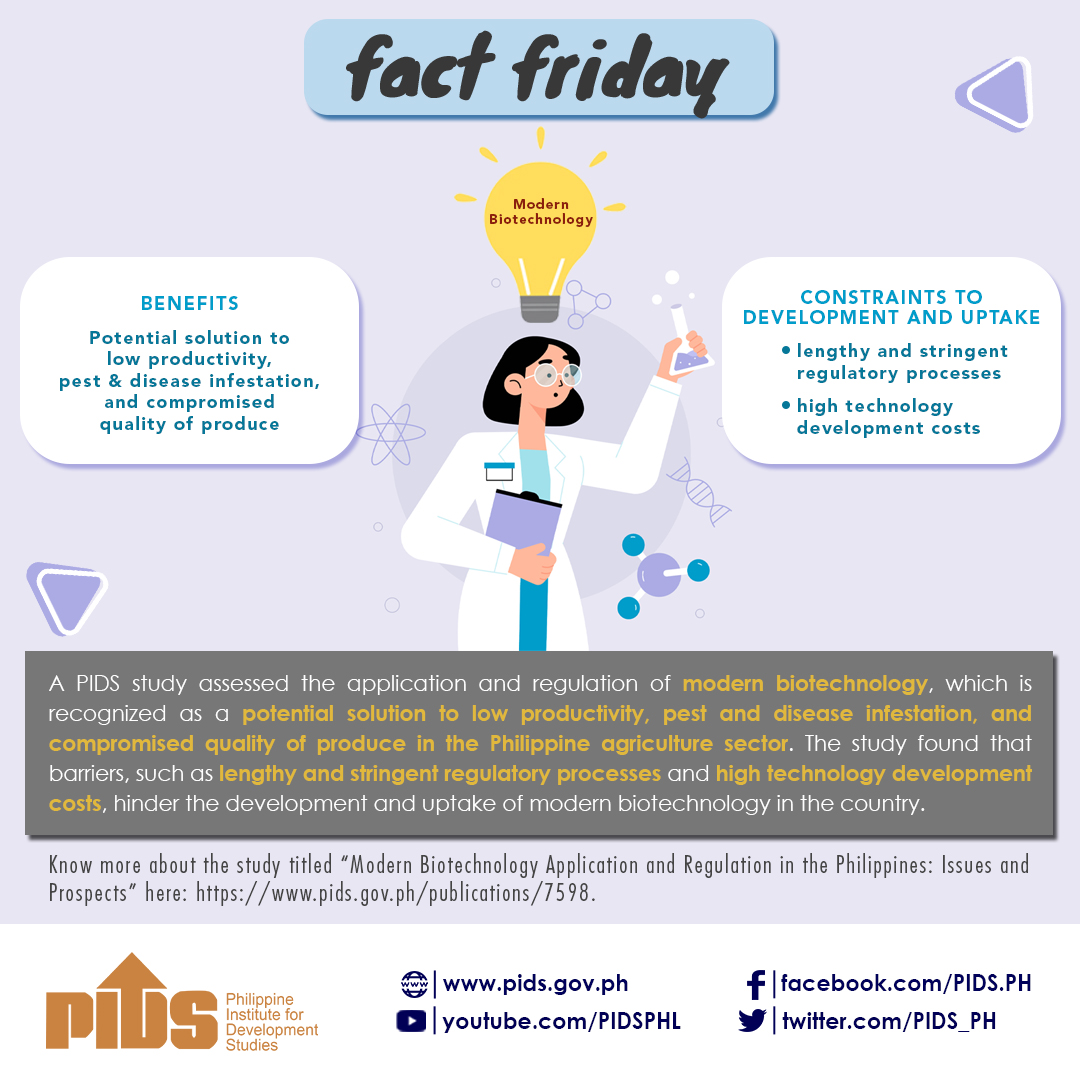