This paper has two parts. The first part presents and discusses the 2011 Philippine National Transfer Accounts (NTA) estimates for selected flow accounts components, the most recent estimates available for the country, and compares the 2011 to the 1991 and 1999 estimates. The second part, also covering the years 1991, 1999, and 2011, examines change in Philippine population age structure, discusses economic gains from population change and the implications of economic lifecycle change on the economic gain. In the first part, more recent information about the economic lifecycle of Filipinos is provided from the 2011 NTA: age profiles of consumption and labor income (and their components) for the year 2011, and which population age groups incurred lifecycle deficit and the sizes of the aggregate deficits. The 2011 Philippine NTA national level estimates for per capita consumption and labor income age profiles are also compared to corresponding components of the 1991 and 1999 NTA estimates to determine the general directions and relative sizes of change over time. 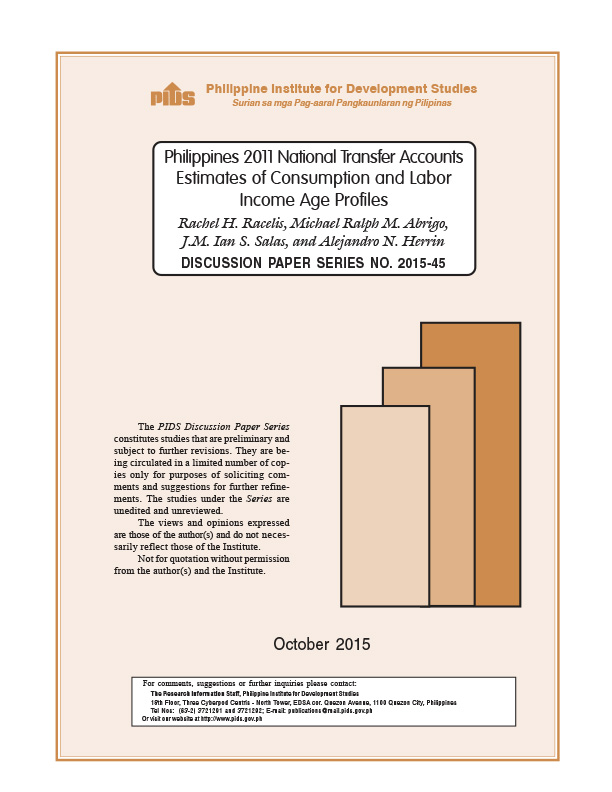