The paper argues that one of the major factors that led to the unsustained economic growth in the Philippines in the last 3 to 4 decades is low productivity. The paper surveyed empirical results on the Philippine total factor productivity (TFP) and has found that, indeed, TFP has been declining. The paper has looked into some general factors that may have affected TFP and has observed that trade liberalization, export expansion, stable economy, research and development and foreign direct investment are factors that tend to affect TFP positively. Policy reforms are being implemented n the Philippines especially in the areas of foreign trade, foreign investments and macroeconomy. These reforms are generally consistent with the effort to improve TFP. Furthermore, the Philippines have launched a productivity program called National Action Agenda for Productivity. However, there are still major institutional gaps in research and development, in science and technology in particular, that remain to be addressed. 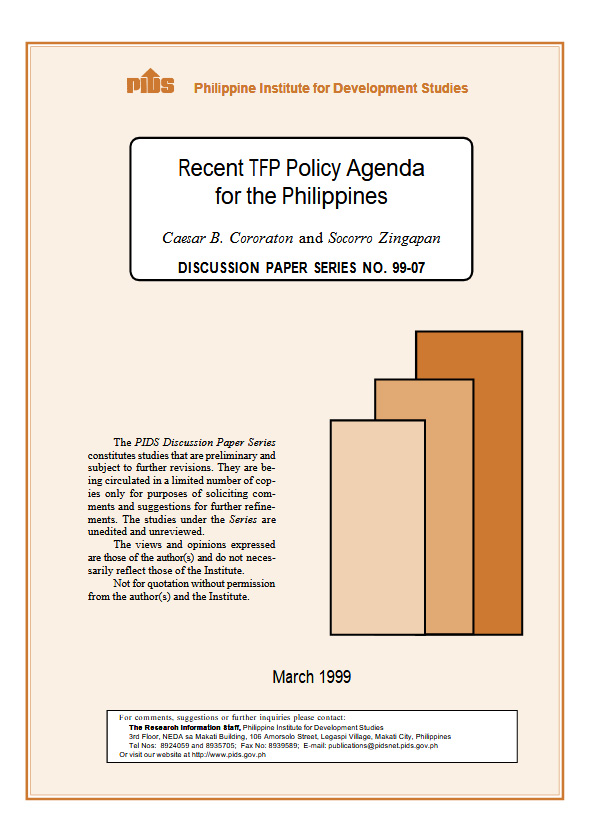 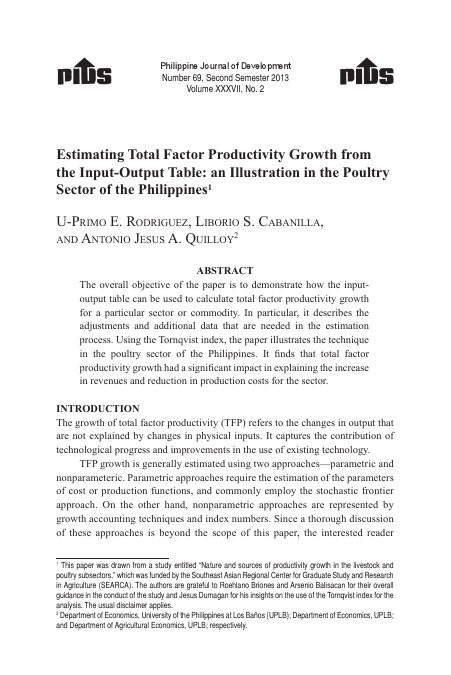 Estimating Total Factor Productivity Growth from the Input-Output Table: An Illustration in the Poultry Sector of the Philippines
Philippine Journal of Development 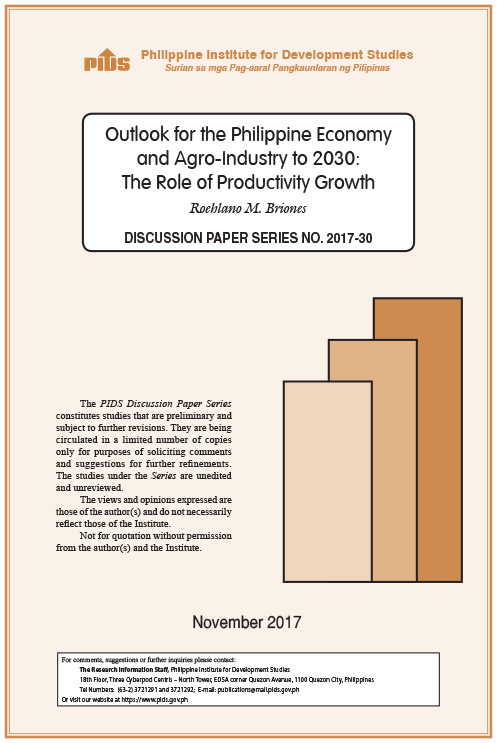 Outlook for the Philippine Economy and Agro-Industry to 2030: The Role of Productivity Growth
Discussion Papers 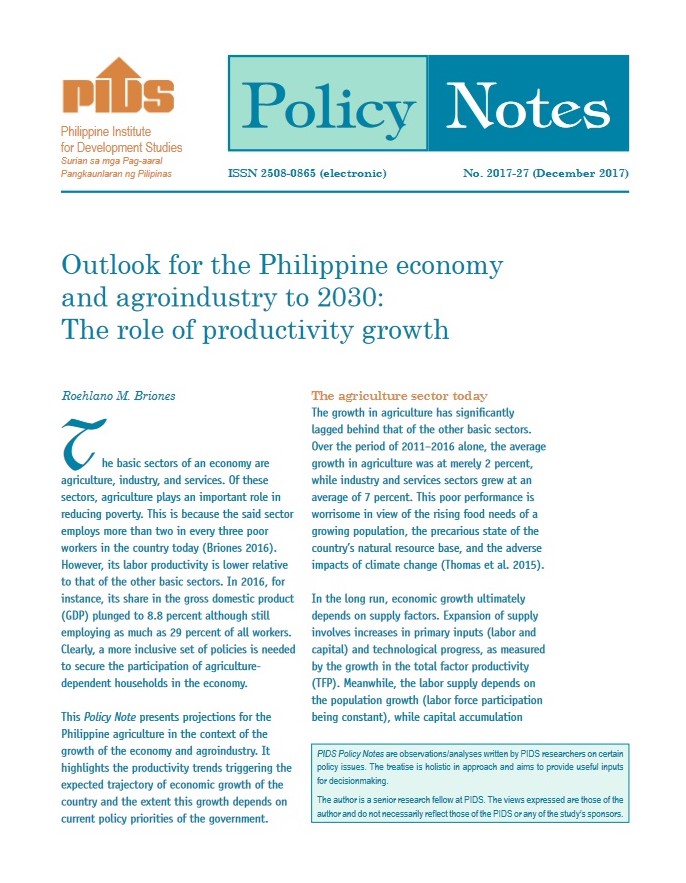 Outlook for the Philippine Economy and Agroindustry to 2030: The Role of Productivity Growth
Policy Notes 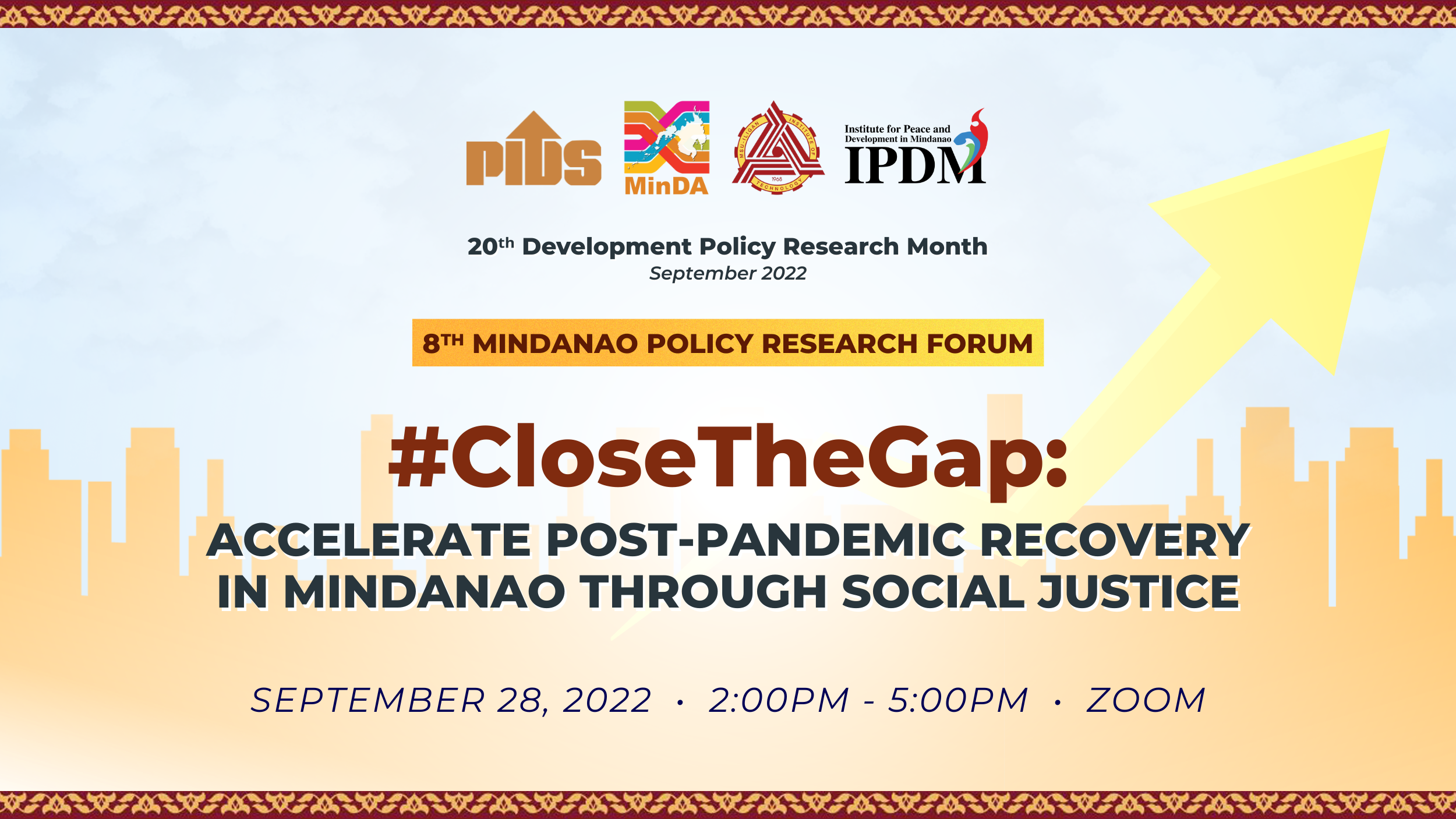