Recent Trends in Out-of-School Children in the Philippines

In 2008, about 12 percent of five- to fifteen-year-old children were not in school, five years later this had gone down to about 5 percent. Adjusted net primary school attendance rates have increased from 90.8 percent in 2008 to 96.45 percent in 2013. In this paper, we examine this decline in the proportion of out-of-school children and improved primary school participation in the country and attribute them to three key government interventions. First is the passage and full implementation of mandatory kindergarten and the K-12 Law, which aims to enhance basic education through key reforms in the curricula and addition of kindergarten and two years to basic education. Second is the increasing budget that the Department of Education has obtained from the national government. And third is the expansion of the government`s conditional cash transfer program that requires families under the program to send their children to school. These three broad public programs to invest in our human capital changed the way basic education is implemented in the country, and have helped bring the country closer to its goal of universal primary education. Ways forward include continued making full use of information systems especially the learner information system, improving school participation in the secondary education level, monitoring and evaluating the alternative learning system and alternative delivery modes of schooling, addressing gender disparities in basic education, and improving the quality of basic education. 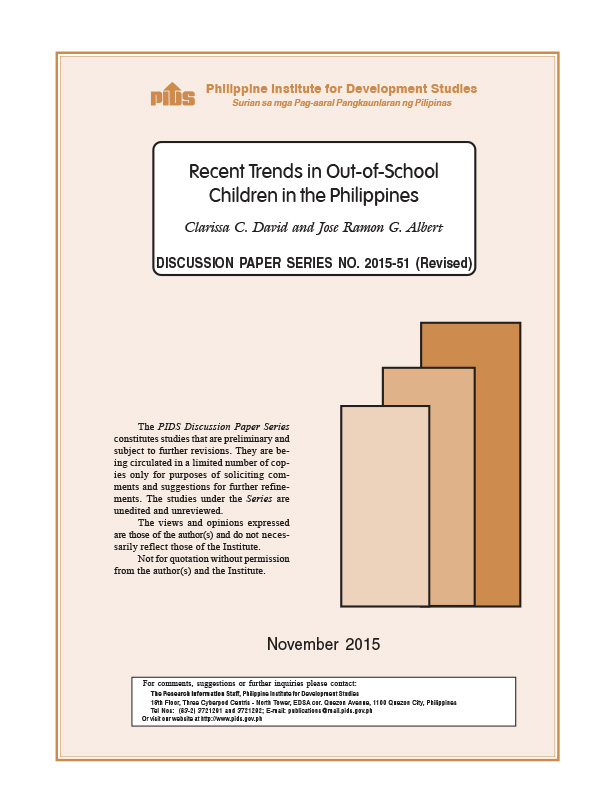 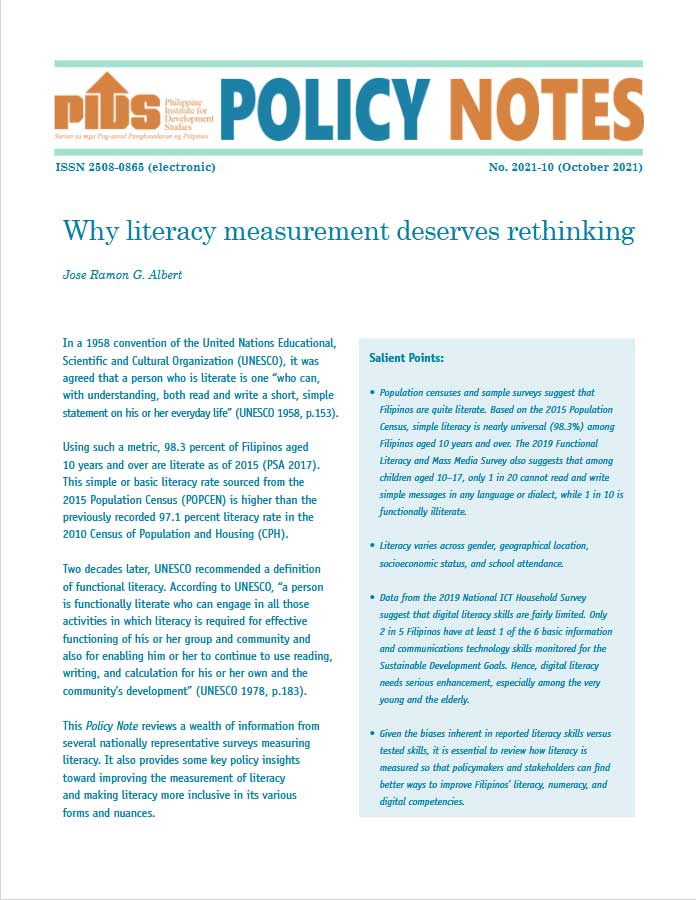