The ASEAN+6 countries are currently engaged in negotiation for a Regional Comprehensive Economic Partnership (RCEP). If successfully negotiated, RCEP will result into the world`s biggest trading bloc, 40 percent of world trade, that offers significant benefits to participating countries. The first round of negotiations was held in Brunei in May 2013. The second round was recently held in Brisbane, Australia in September 2013. Negotiations are expected to conclude in 2015. The focus of the RCEP negotiations will be on the following eight key areas: trade in goods, trade in services, investment, economic and technical cooperation, intellectual property, competition, dispute settlement, and other issues. The paper discusses some of the challenges facing the Philippines during the difficult period of negotiation and the necessary structural and institutional reforms that it has to take to ensure that it will benefit from RCEP. 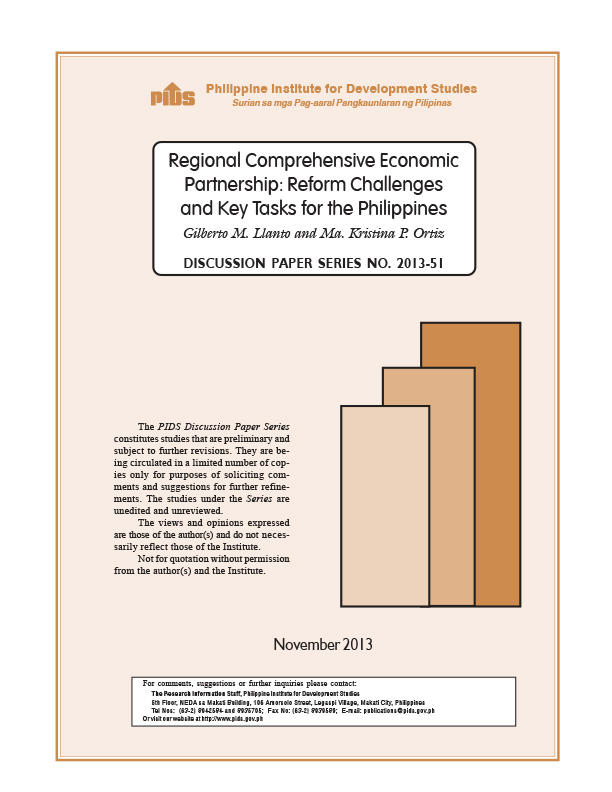