Who Are Opposed to Free Trade in the Philippines?

In a democratic country, economic policies succeed or fail depending on the political support they receive. Open trade policies that were initiated and accepted years ago can be reversed in accordance with the government's free trade conviction and popular pressure. However, popular pressure for or against open trade is affected by other factors. This paper attempts to link these factors with individual preferences toward either more protectionism or greater trade liberalization. Using ordered logit estimation of thousands of survey data, the paper finds that gender, economic class, and urban population negatively correlate with pro-trade attitudes in the Philippines. It also notes that the effect of some of the demographic variables on protectionist sentiment is markedly different from their effects among more developed Western nations. 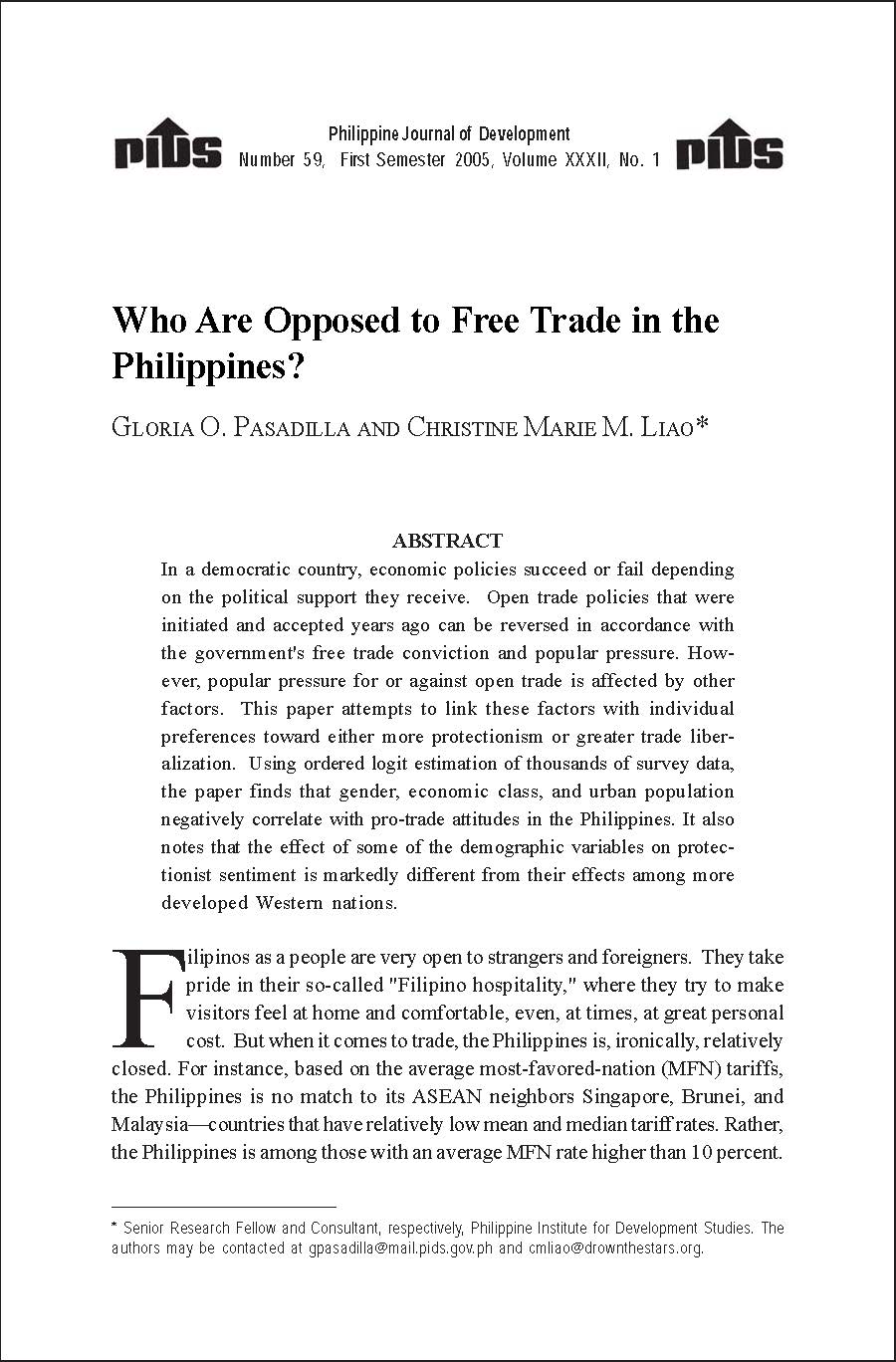 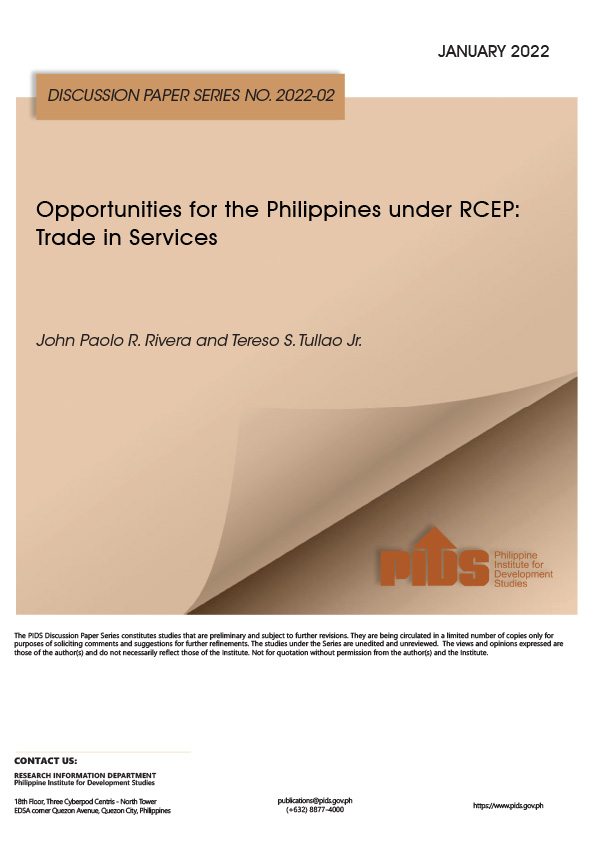 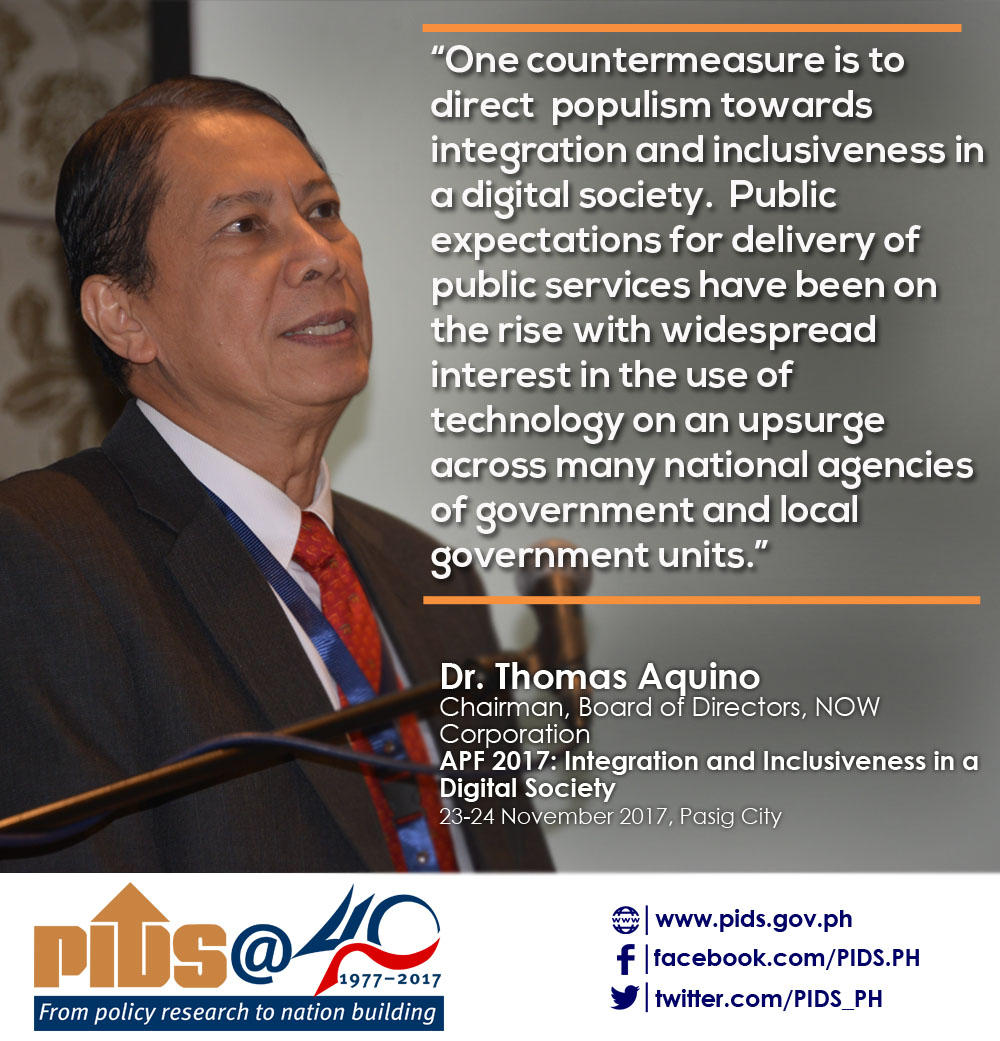 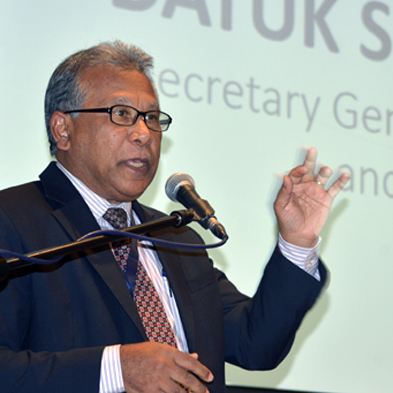 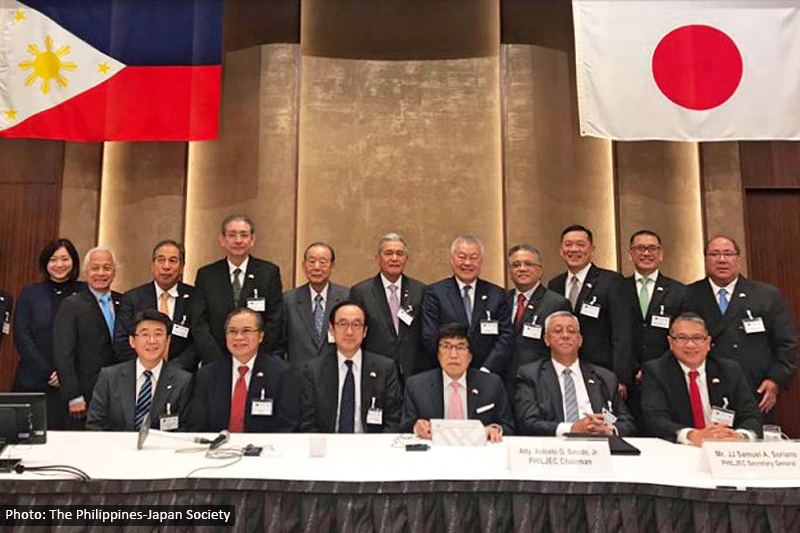