The country`s expanding middle-income population and billion dollars of annual remittances from overseas Filipino workers boost the potentials of our auto industry. At the same time, industry experts indicate that the third wave of motorization in the region is expected to take place between 2015 and 2022. All these potentials will be difficult to realize if smuggling and issues of importation of second-hand vehicles are not resolved swiftly.

A recent study by PIDS Senior Research Fellow Rafaelita Aldaba reveals that smuggling and importation of used vehicles impede the growth of the country`s auto industry. Murky policy environment, discrepancy of statistics on registered motor vehicles, and revenue losses in the industry are also discussed in the study, which reflect the government`s lackluster effort to curb car smuggling.

Aldaba noted that traders use the free ports and other special economic zones to bring in used cars in order to avoid paying the correct duties and taxes. Smuggled vehicles are priced 30-50 percent lower than their new counterparts and presents stiff competition to the domestic auto industry.

The study showed a significant data gap in the number of registered vehicles and auto sales between the LTO and the Chamber of Automotive Manufacturers of the Philippines (CAMPI). In 2009, for example, LTO`s new registered motor vehicles totaled 182,589 while CAMPI`s record of domestic sales showed a total of only 132,444 motor vehicles or a gap of 27 percent. This translates to revenue losses or calculated tax leakages of about PHP21 billion.

Aldaba noted that the country has in fact a law, Executive Order 156, that bans the importation of all types of used motor vehicles and parts and components (except those for diplomats and returning residents from abroad). However, it was declared unconstitutional by the Court of Appeals in 2003 until it was overruled by the Supreme Court in 2006. The effectiveness of the EO was tested anew by the entry of 200 imported used cars at Port Irene in Cagayan during the first quarter of this year.

The government and the private sector are crafting an auto industry roadmap to develop a globally competitive Philippine auto industry, but if smuggling persists, all these efforts will be put at risk.

Read the full study by downloading it from this link: http://dirp4.pids.gov.ph/ris/pn/pidspn1305.pdf. 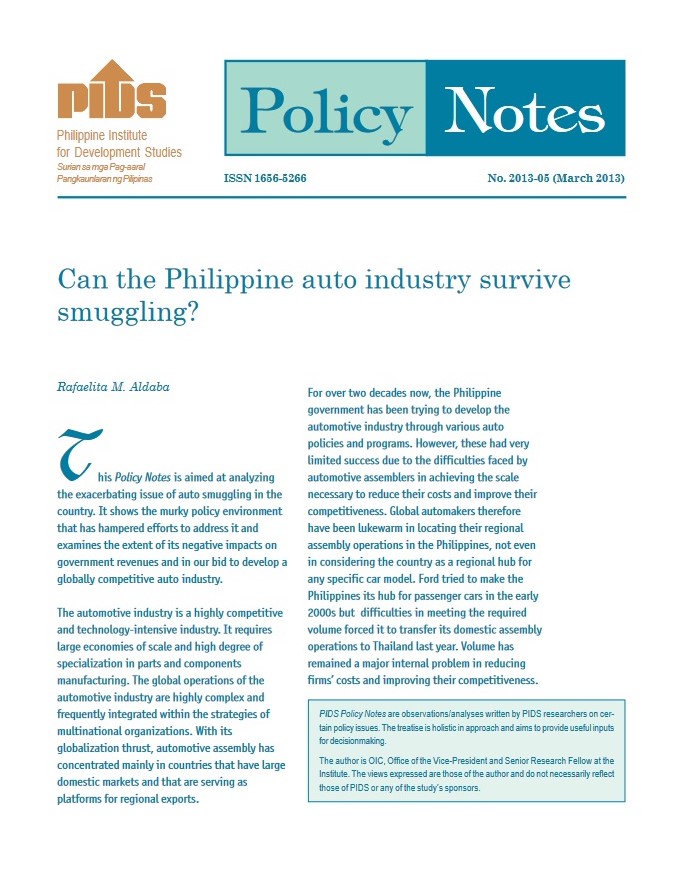 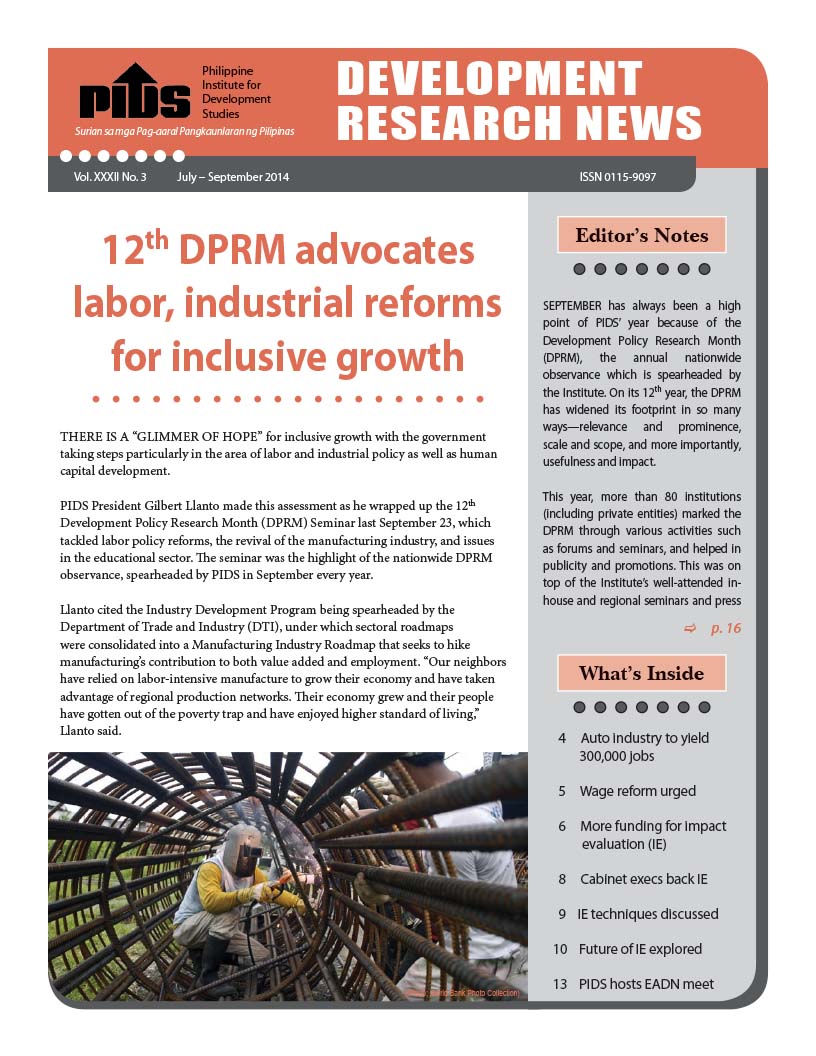