Ending the longstanding armed conflicts in the country does not only entail peace talks. It also requires an understanding of the factors that give rise to the conflict.

A recent paper published by the state think tank Philippine Institute for Development Studies (PIDS) titled Extracting the Root to Reap the Fruit: Searching for a Possible End to Armed Conflict pointed out that government policies on peace and income redistribution are, by far, the most significant determinant of incidence of conflict in the Philippines.

Rosemarie Edillon, vice president and executive director of the Asia-Pacific Policy Center (APPC) and author of the paper that was originally part of the Philippine Human Development Report study, said that adopting policies regarding peace similar to those during the Ramos Administration will have a radical positive impact. She emphasized that by using the same approach, the probability of bringing down the number of encounters to zero is very high.

Thus, it was recommended that the government should focus on policies that address relative deprivation especially in terms of access to and provision of safe water and electricity, as well as settlement of land disputes by pursuing the Comprehensive Agrarian Reform Program (CARP).

Programs that improve adult education should be actively pursued as they are worthwhile investments in achieving peace in the future. Likewise, efforts to bring the government closer to the minority groups through the provision, for instance, of easy access to information for them should be strengthened, Edillon suggested.

Finally, the paper calls for policies that would lead to economic growth. However the author cautioned that the economic growth must be adequate to increase incomes of the middle class. By doing so, would-be followers would be discouraged from supporting the struggle`s cause. 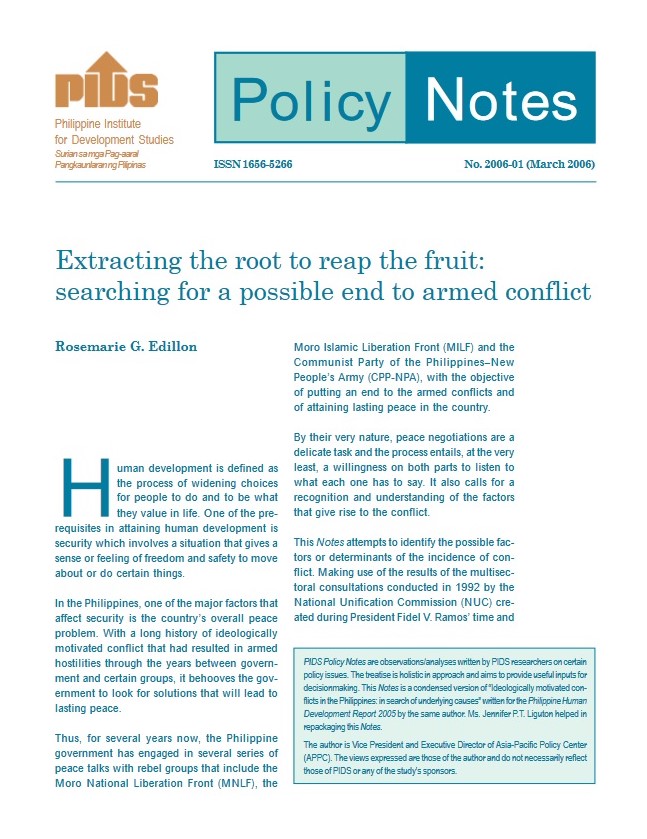 Extracting the Root to Reap the Fruit: Searching for a Possible End to Armed Conflict
Policy Notes 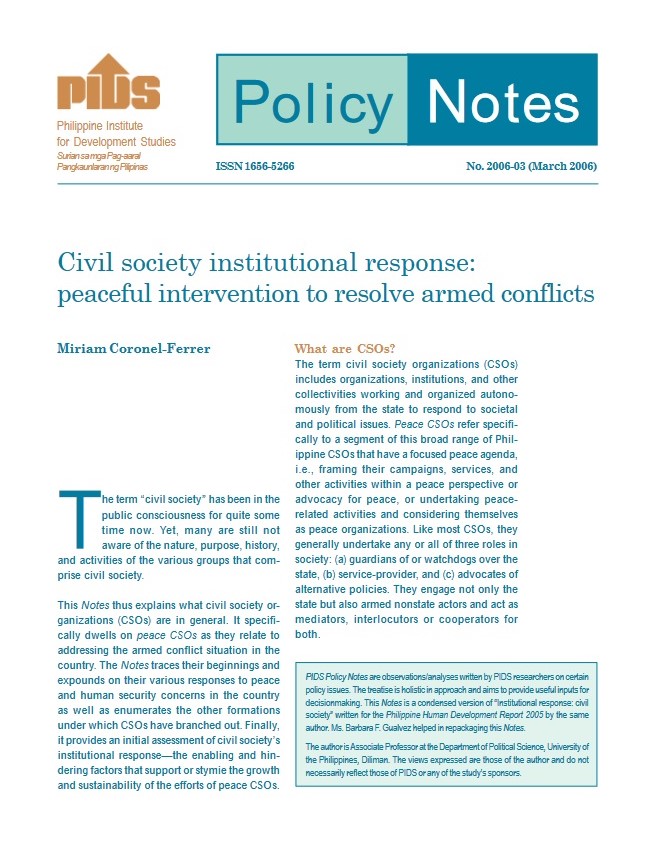 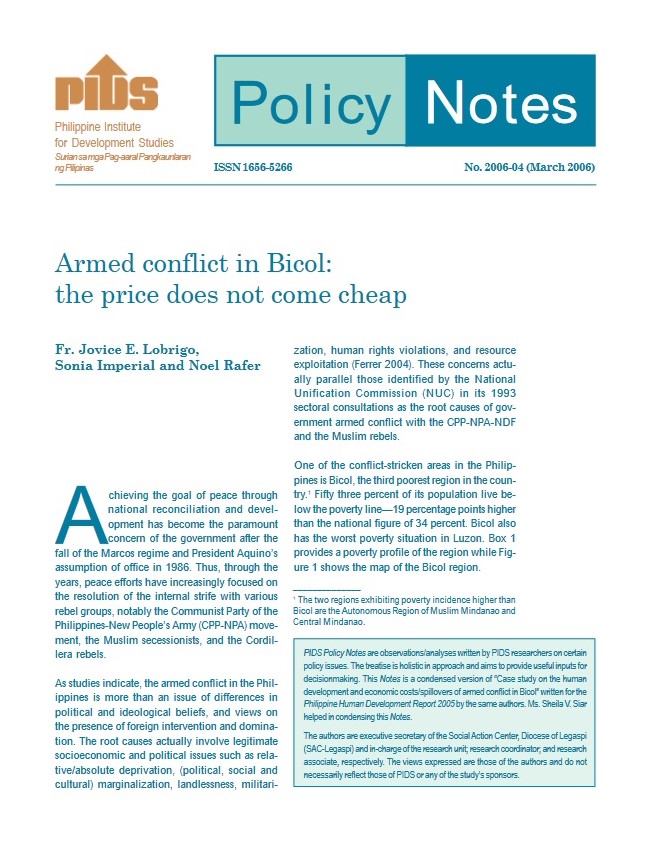 Armed Conflict in Bicol: The Price Does Not Come Cheap
Policy Notes