Philippine Daily Inquirer
Amy Remo
Article Link
RPS 2017-01
The Community Mortgage Program (CMP) has been touted by many quarters as the most innovative and responsive government housing program in the Philippines today.

Despite its relative success, the CMP however continues to be saddled with key challenges, and its reach remains limited, researchers from state think tank Philippine Institute for Development Studies (PIDS) said.

In a research paper entitled “An Assessment of the Community Mortgage Program Implementation Strategy”, PIDS vice president Marife Ballesteros, research analyst Tatum Ramos, and former research specialist Jasmine Magtibay pointed out that the “program has not scaled up over the years and is currently at a standstill at the level of land acquisition.

The expected benefits from land ownership, such as increase in housing investment, increase in municipal revenues, and growth of a dynamic land and housing market, have remained ambiguous. Some CMP communities have not improved their site services and have remained blighted,” the research paper claimed.

Data from the paper showed that as of December 2014, there were around 2,403 CMP projects extending loan assistance to about 270,160 ISFs.

The study noted that one of CMP’s main challenges was its current service delivery mechanisms, which may exclude the poor from participation.

First, the increasing cost of land in the city and the maximum limit on loanable amount per household have an impact on the poor’s capability to be part of the program. That is, poor households may not be able to raise the required equity and, as a consequence, exclude themselves from the community,” the paper explained.

Second, the program allows nonresident households to join CAs for both on-site and off-site communities. Since the decision to include/exclude households is made primarily by CA officers, there is a high probability of including households that are not the CMP’s target beneficiaries,” it added.

The study said that CMP mobilizers, who are in charge of profiling recipients, usually choose CAs that are ready to take on the community loan. These are the communities that have the ability to raise the equity or those who have financial capacity.

The targeting mechanism and the limited role of the SHFC in targeting communities stand the risk of excluding the poor or, conversely, including the non-poor/nonresident households in informal settlements as beneficiaries of the program,” the study explained.

To prevent supposed beneficiaries from being dislodged from the program, researchers urged SHFC to be proactive in targeting communities and households by prioritizing communities where CMP can bring the most impact—the poor and congested settlements and areas where there are large informal settler families.

Setting up a database that contains the profile of informal settlements will help SHFC in identifying who should be included in program.

The study further proposed implementing a subsidy mechanism that should include different modes of private-public arrangements that “can help mobilize land for informal settlers and explore alternative modes of land acquisition, financing, and formalization of households’ rights”.

The SHFC should also look into the track record of CMP mobilizers to ensure that they possess the right qualifications in targeting legitimate and deserving beneficiaries.

To address the slow loan approval process, the authors suggested establishing links with critical offices of the Department of Environment and Natural Resources to assess site feasibility of proposed housing settlements. They also urged SHFC to set clear guidelines on recalcitrant households prior to approving take-out loans.

Overall, the SHFC should work toward a transformative community approach instead of a purely property rights reform to effectively help increase affordable housing in the country, the study concluded. 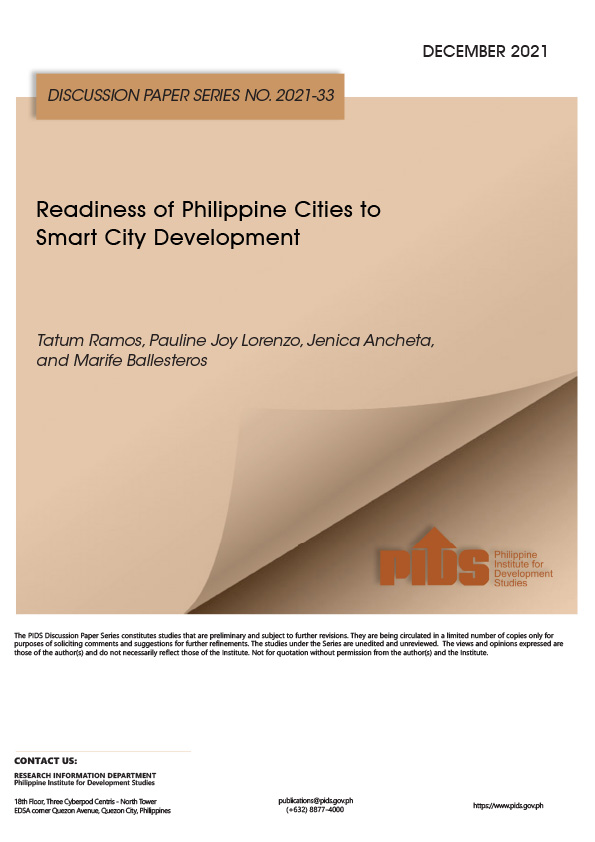 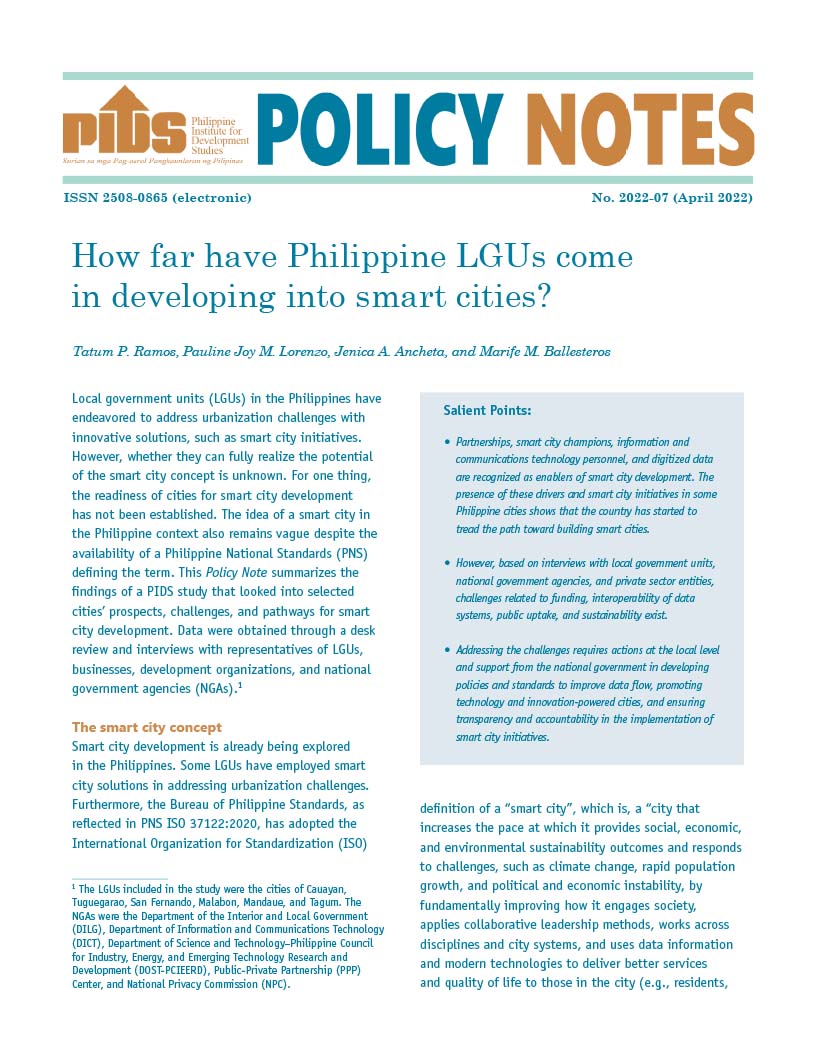 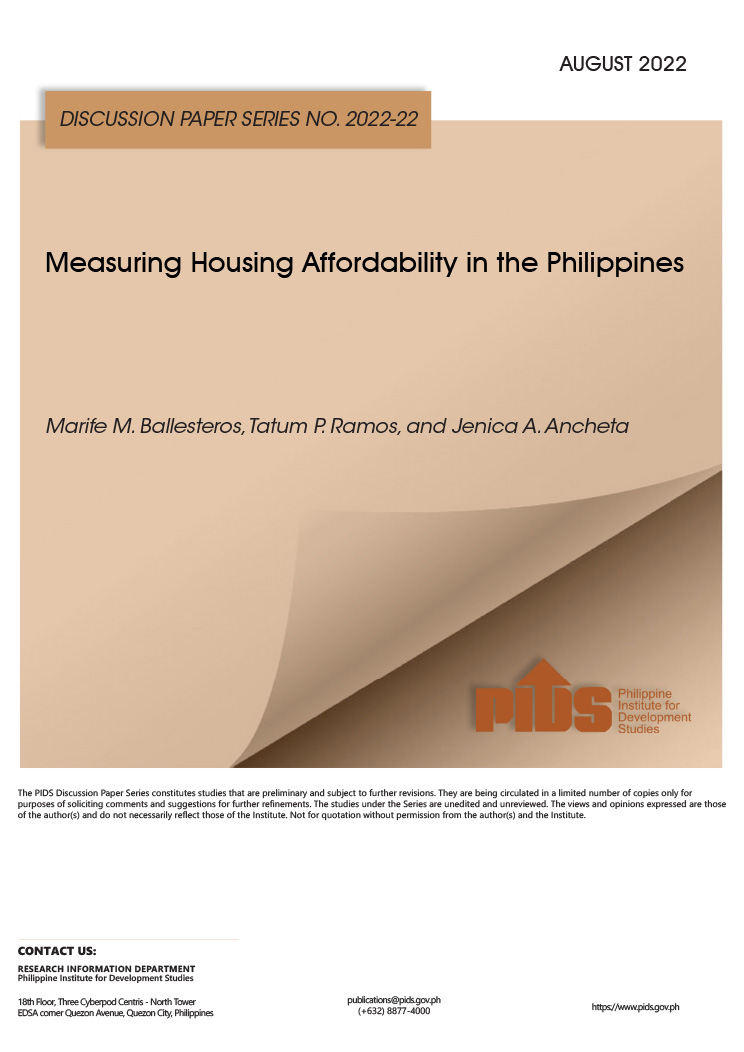 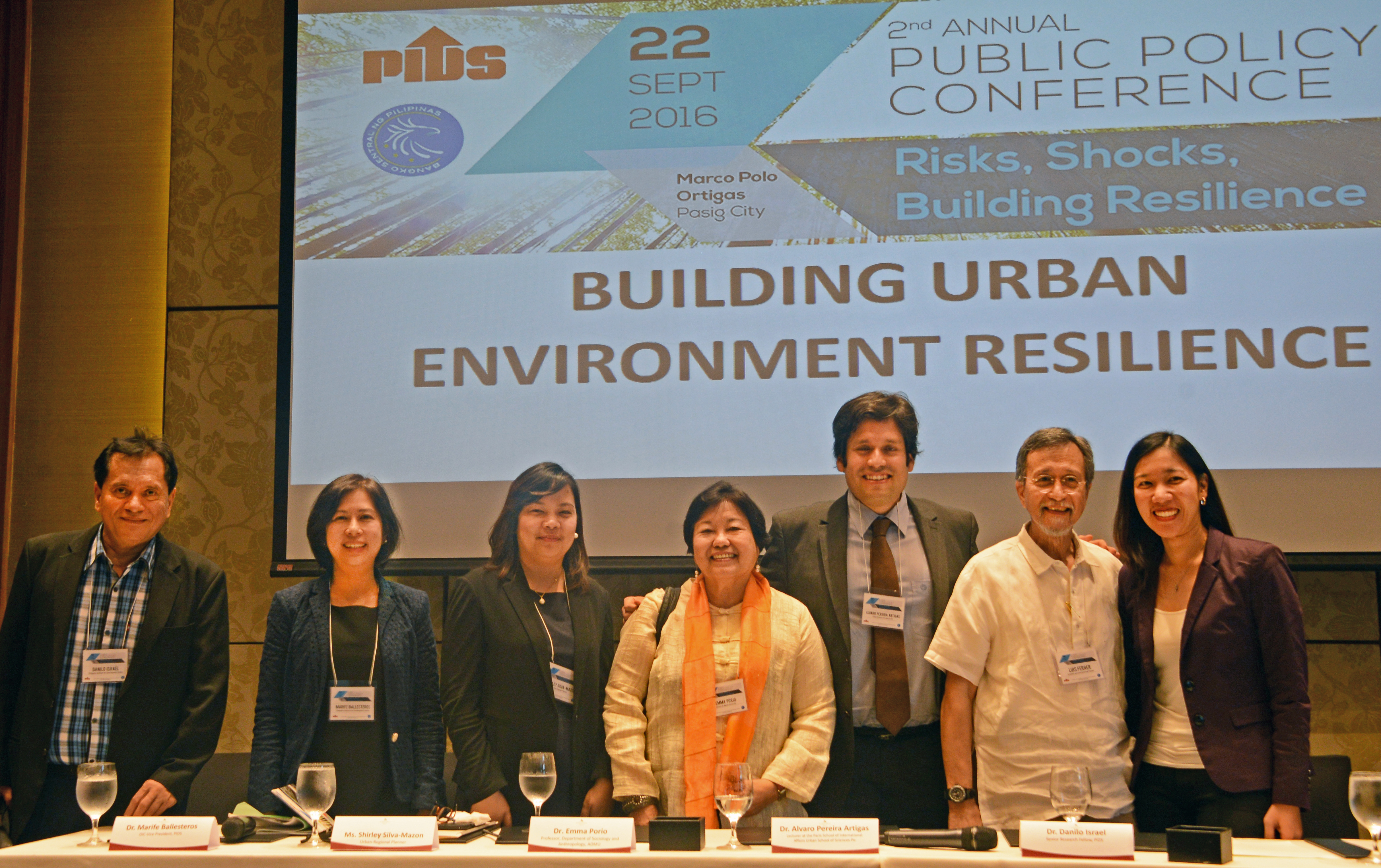 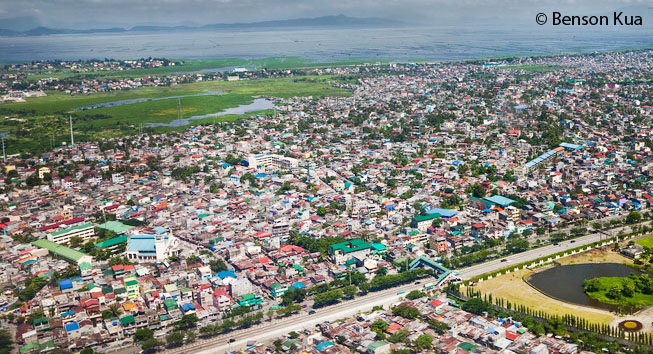 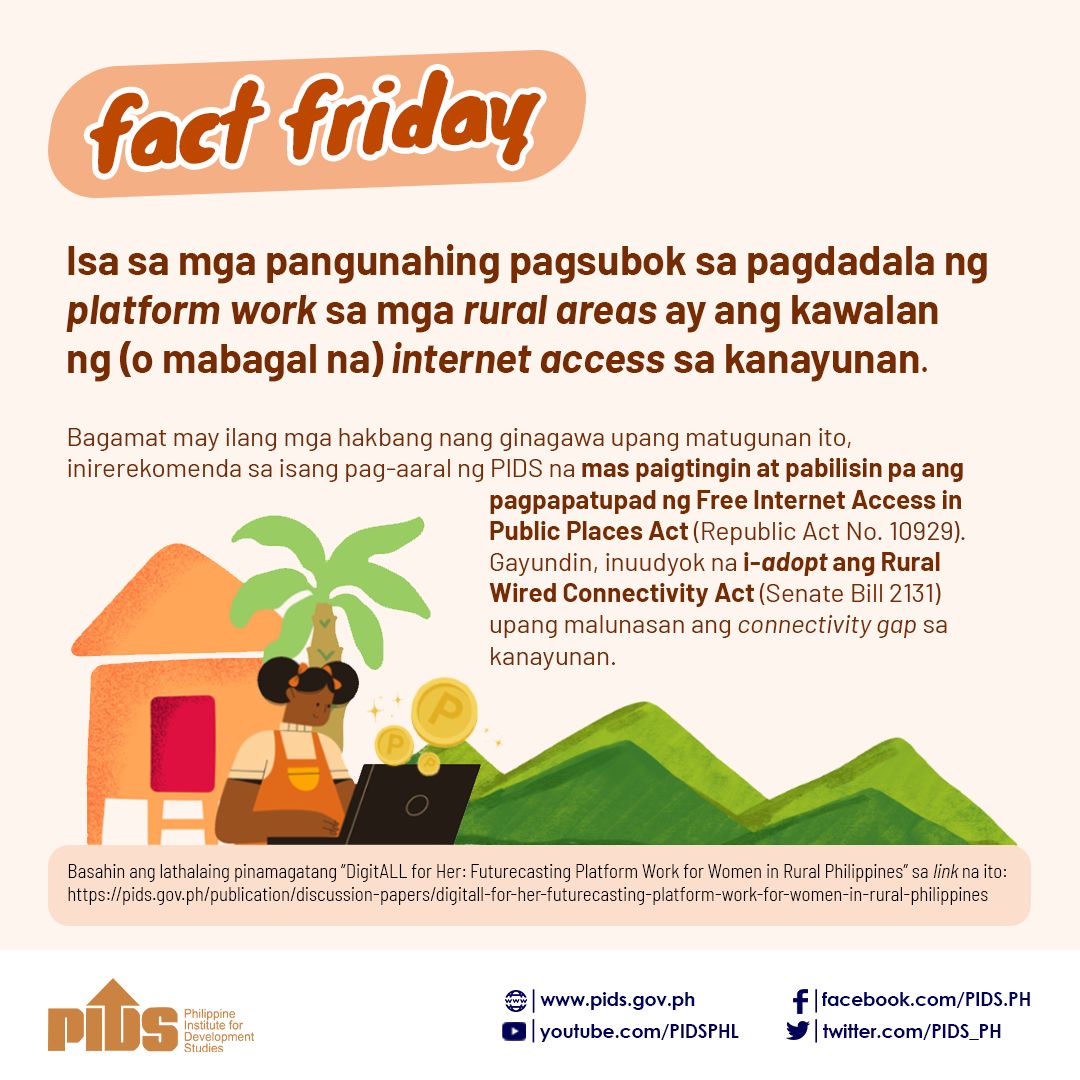 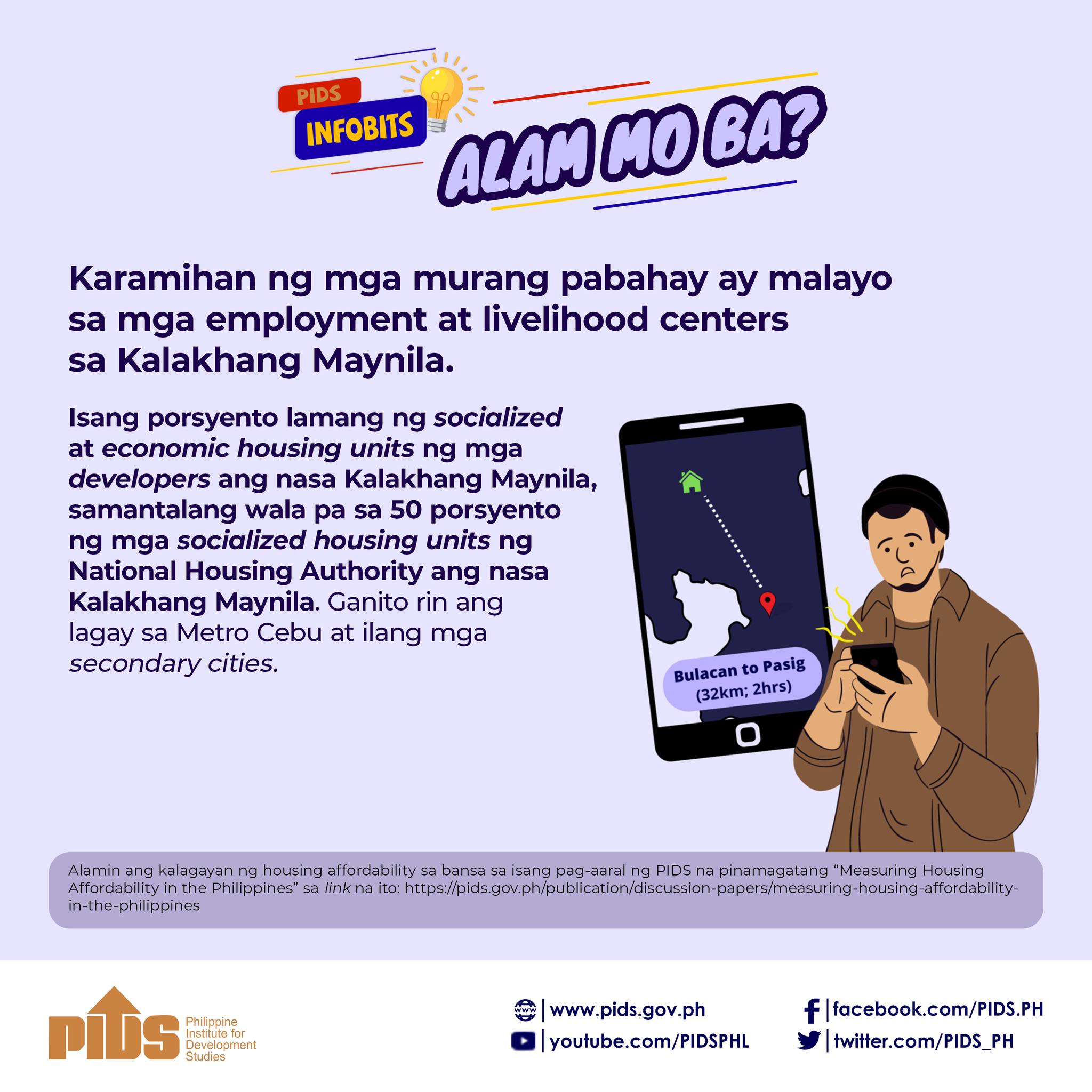