GDP in constant prices of ASEAN countries suffers from substitution bias by ignoring relative price changes and makes GDP growth and shares dependent on the base year. These analytical deficiencies led the US since the mid-1990s to convert GDP from constant to chained prices. Thus, cross-country comparisons in constant prices are analytically shaky even with the same base year. Therefore, this paper implements US GDP in chained prices in Indonesia, Malaysia, Philippines, and Thailand to alleviate substitution bias and prevent baseyear dependence of GDP growth and shares for valid cross-country comparisons. Converting UN GDP data from constant 1990 prices to chained prices affected Malaysia and the Philippines more than Indonesia and Thailand. Shares of GDP level during 2002-06 show Malaysia’s industry sector expanded (43.6 to 47.6 percent) while its service sector shrunk (49.1 to 43.7 percent). In the Philippines, the agriculture sector shrunk (19.2 to 14.7 percent) while the service sector expanded (48.6 to 53.6 percent). Shares of GDP growth during 2002-06 show the industry sector drove Thailand’s GDP growth, contributing around 54 percent, while the service sector drove GDP growth in Indonesia, Malaysia, and in the Philippines, contributing around 49, 49, and 60 percent, respectively, before and after conversion. 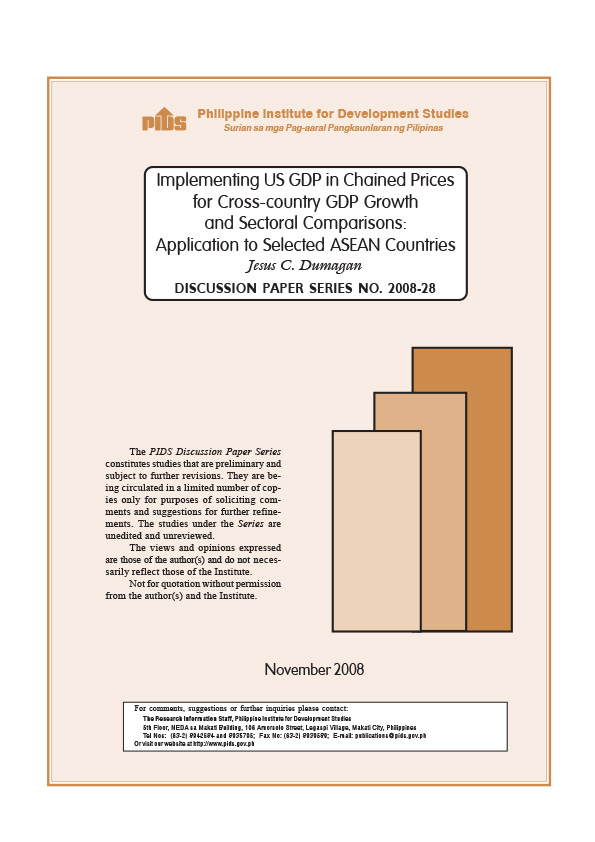 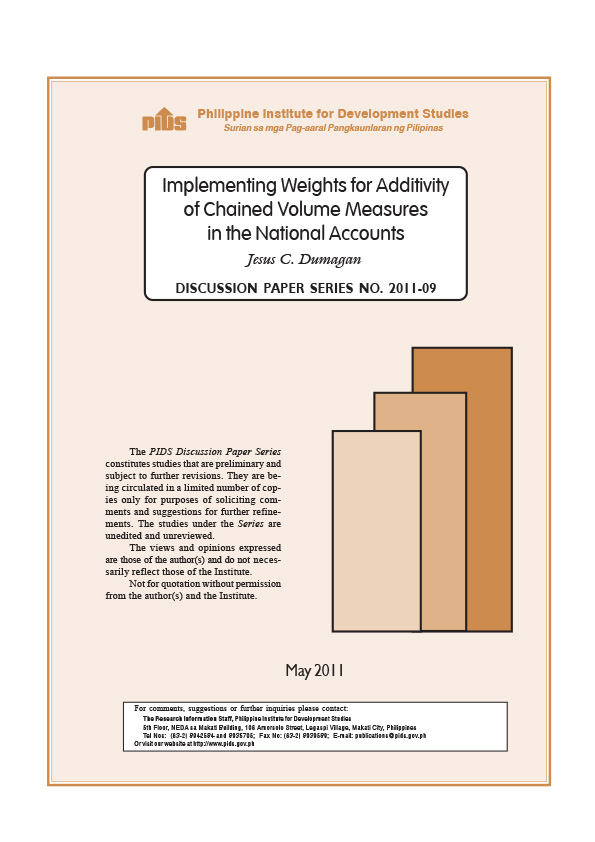 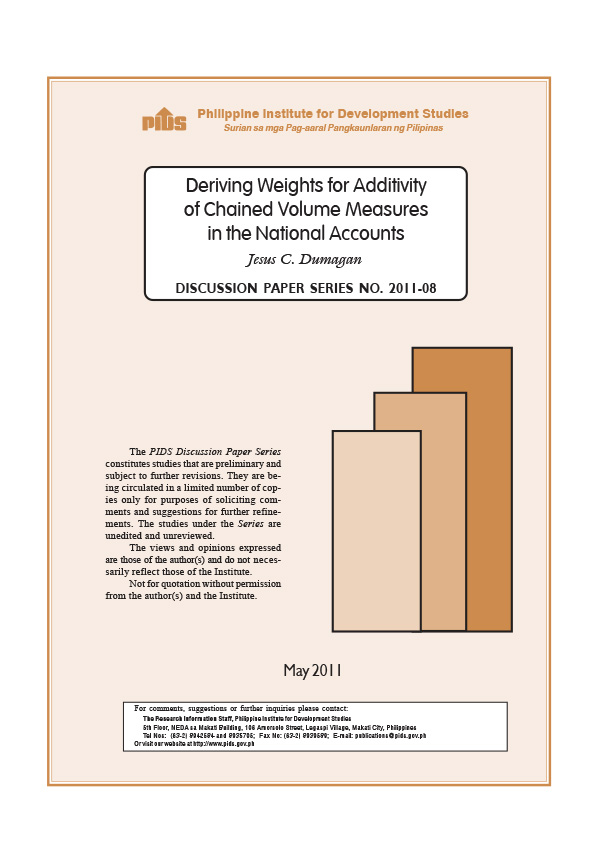 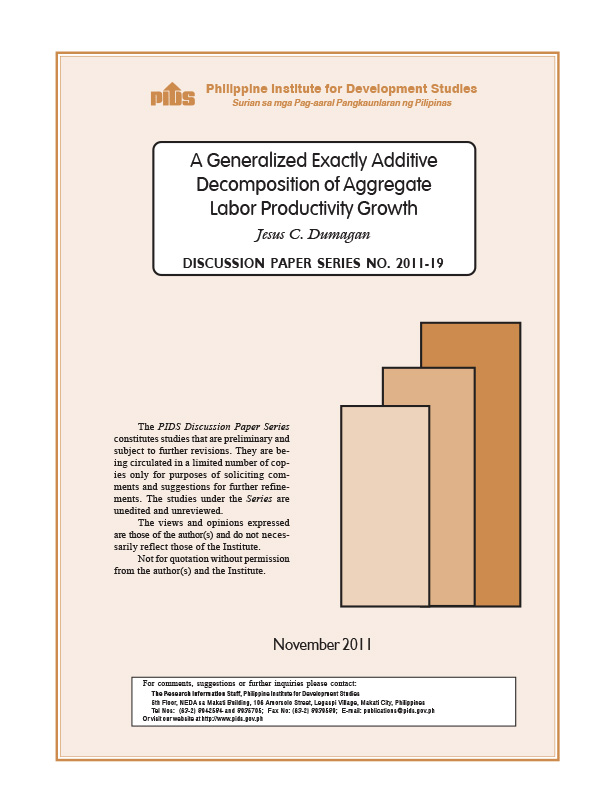