Smol, the 50-something owner of “Smol Mart” in Barangay Little Baguio in San Juan in the country’s capital, has kept his sari-sari store open despite prolonged lockdowns due to the coronavirus pandemic.

Restaurant workers and residents of the neighborhood have kept his business afloat, as his usual patrons, children from the nearby school, have been forced to stay home and attend online classes.

One would think the lockdowns have led to reduced consumption and therefore less waste. But Smol’s trash bin is always filled with used sachets of 3-in-1 instant coffee from Nescafé, Kopiko, Great Taste, and San Miguel, replacing empty bags of children’s snacks.

Even in online shopping, which saw an exponential rise amid the pandemic, fast-moving consumer goods (FMCGs) continue to experience high demand.

MetroMart, a grocery delivery service launched in 2017, saw its customer base grow 10 times during the pandemic. The company operating the app has since expanded its services to more areas and now delivers to all cities in Metro Manila, parts of Calabarzon, and Cebu City.

Operations director Evreem Al-Shatti Fortich said MetroMart clients shopped at least twice a week through the app. “[The cost] of the basket size [of our clients] range from P4,500 to P5,000,” Fortich said.

In August, the Department of Environment and Natural Resources (DENR) said solid waste collected in Metro Manila alone increased during the pandemic. This was also partly due to the increase in online shopping shipments.

“In 2019, we had about 9,333 tons per day [of] solid waste collected here in the NCR (National Capital Region). But now, in 2021… the collection is about 11,953 tons per day,” Environment Undersecretary Benny Antiporda said in a news conference.

Environmental advocates are calling for drastic measures as the plastic waste problem is only bound to worsen. In every part of its lifecycle, plastics contribute to greenhouse gas emissions, from the extraction of fossil fuels for its production to when it leaks into oceans and releases methane when it breaks down, according to a 2019 report of the Center for International Environmental Law.

It was already a crisis even prior to the pandemic.

In 2015, the Philippines was named one of the top producers of marine waste in the report titled “Plastic waste inputs from land into the ocean.” The report, written by a group of academics and published in the journal Science, has been cited more than 6,300 times. It estimated that the Philippines had leaked 0.75 million metric tons of plastic into the ocean in 2010 alone. Two years later, a nongovernment organization called Break Free From Plastic* (BFFP) launched a global campaign aiming to identify the brands producing plastic wastes in 42 countries.

These companies, which have figured in the top 10 list of brand and waste audits conducted in the Philippines, have mostly adopted waste retrieval and co-processing to reduce plastic waste.

An investigation by the Philippine Center for Investigative Journalism (PCIJ) has found, however, that these “solutions” are temporary and among the least preferred solutions by experts.

So far, 12 out of the 15 FMCG companies named in the BFFP brand audit have committed to a recycling program.

Most companies have focused on waste retrieval efforts, wherein a third-party partner collects as much of the plastics they had produced for a specific period. The plastic wastes retrieved would then be recycled to other uses, such as construction materials. They may also be sent to cement companies, which feed them into their kilns as alternative fuel.

Eleven of the companies are members of the Philippine Alliance for Recycling and Materials Sustainability (PARMS). The alliance adopted a waste retrieval system that aims to collect at least 20% of the plastic produced by its members by 2023.

“We aim to achieve zero waste to nature, where none of our products would end up in the environment… We will do this through a waste retrieval system that complements the existing waste management programs of local government units,” said PARMS chairman Crispian Lao. He is also the private sector's representative for recycling at the National Solid Waste Management Commission.

This year, the group released a 64-page report detailing its members’ plastic generation capacities and how they intend to reduce waste and prevent them from leaking into the environment. The report was shared with PCIJ by a representative of Monde Nissin, a PARMS member, after PCIJ asked about the company’s recycling initiatives.

The number was derived from the data provided voluntarily by PARMS members and sales estimates from consumer behavior consulting firm Nielsen IQ. The estimate took into account 47 product categories that can be broadly classified into three: rigid plastics, and high-diversion value (HDV) and low diversion value (LDV) flexible plastics.

Before the pandemic struck, PARMS had started collecting plastic wastes in Parañaque, where it has seven partner schools. Each school segregated plastic wastes at the source, making it easier to collect them for processing by recycling companies.

“We designed the project in a way that each school can benefit as they can receive a recycled chair for 30 kilos of plastic for example,” Lao said. “Although some preferred other products, like washing stations.”

The entire project draws from the concept of “plastic neutrality,” which has grown in acceptance as manufacturers find ways to achieve sustainability in their operations. Lao said his team introduced the concept in talks with stakeholders.

In a position paper published in January 2021, the World Wide Fund for Nature (WWF) defined  plastic neutrality as the “ability to completely offset a plastic footprint (whether an individual, company, organization, etc.) by directly investing in projects that collect or recycle plastic, or more indirectly by purchasing credits from a third-party organization that is tied to projects which collect from nature and/or drive additional recycling.”

Wastes retrieved by PARMS members are turned over to Green Antz Builders Inc., which processes plastic waste laminates by shredding, cleaning, and drying them before mixing them with sand, cement, gravel, water, and an additive to produce construction materials like eco-bricks and pavers.

The company was founded by a former Nestlé Philippines employee, Rommel Benig, in 2013. In an interview with BusinessWorld, Benig said his connection with the company allowed him to “create demand” for Green Antz. Some facilities of Nestlé Philippines are now partly made of eco-bricks.

That partnership has allowed Green Antz to ink deals with more FMCG companies. Colgate-Palmolive Philippines Inc., for example, has partnered with the company for its Closed Loop Plastic Waste Management Program with five local government units (LGUs) in the province of Bulacan in 2021. The LGUs collect plastic wastes from their respective constituents, which will be retrieved by Green Antz. The wastes will then be used to build handwashing stations for schools.

Another partner, Plastic Credit Exchange (PCEX), is a third-party organization that awards plastic credits to companies that want to achieve plastic neutrality. On its website, PCEX says a portion of plastic wastes it collects for companies like Nestlé Philippines and NutriAsia Inc. are fed to the kilns of cement manufacturers like CEMEX Philippines.

The cement kiln is the heart of the production process of concrete, as it heats limestone into powder. This process needs extreme heat, reaching between 1,400 to 1,500 degrees Celsius. To reach this temperature, cement manufacturers use fuel, usually diesel, to power the kilns.

This is where the plastic wastes from partner companies come into the picture. Alternative fuels such as plastic wastes have been used since the turn of the century to power these kilns.

Plastic wastes are sorted and cleaned up to be burned either on their own or in combination with other wastes like rubber tires to serve as energy sources for cement kilns. This process is called co-incineration, or what some refer to as “co-processing.” Big cement companies like Republic Cement and Holcim Philippines use this process.

Environmentalists however doubt the sustainability of the waste retrieval and treatment efforts of FMCG companies, pointing out that plastic waste retrieval rates remained low.

A 2021 World Bank report found that only 28% of the four key plastic materials in the Philippines, PET4, PP, HDPE and LLDPE/LDPE, were recycled in 2019. PET4 plastics, the key material used in bottled water drinks, were found to have the highest retrieval rate of 48%. 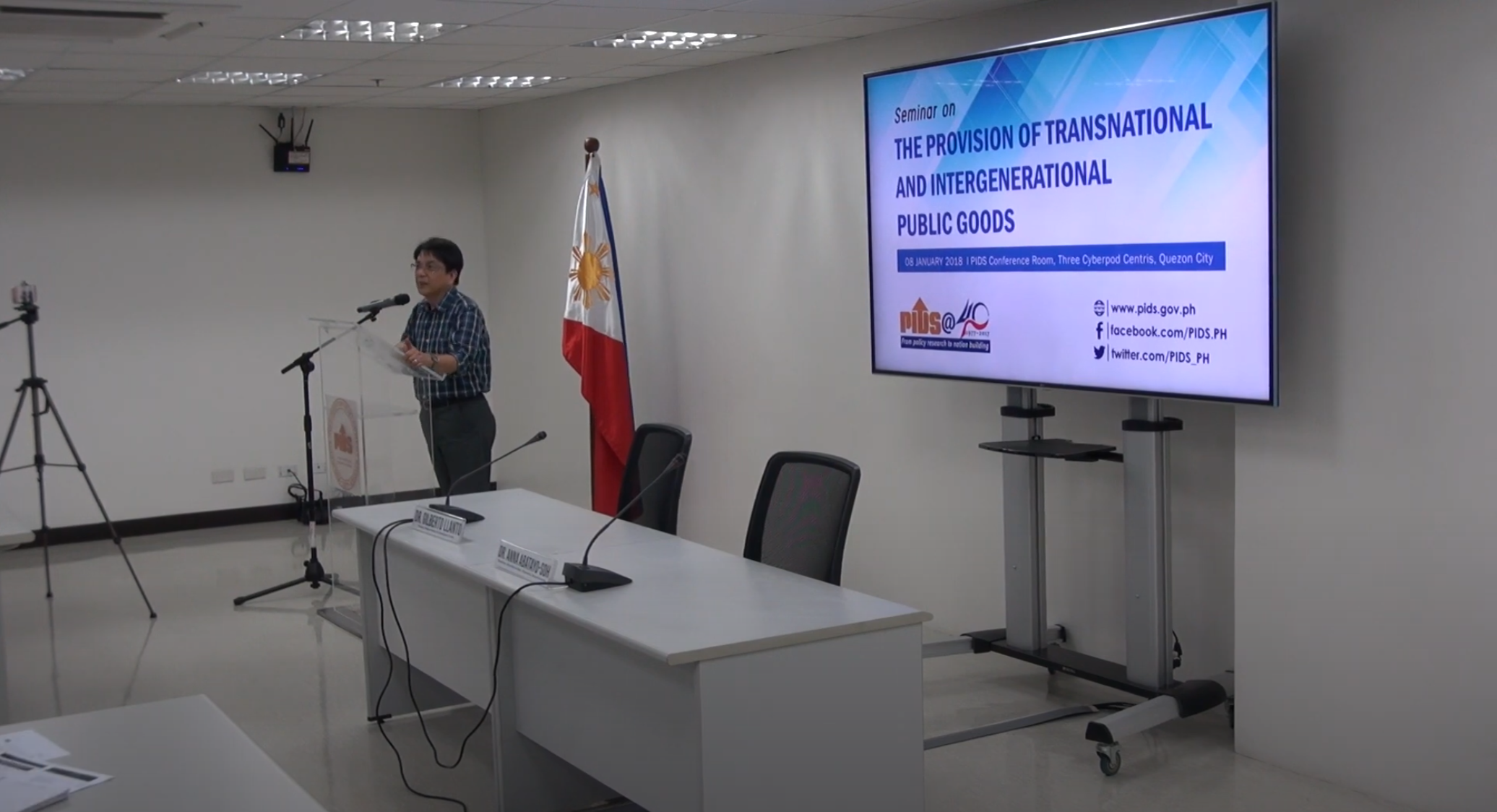 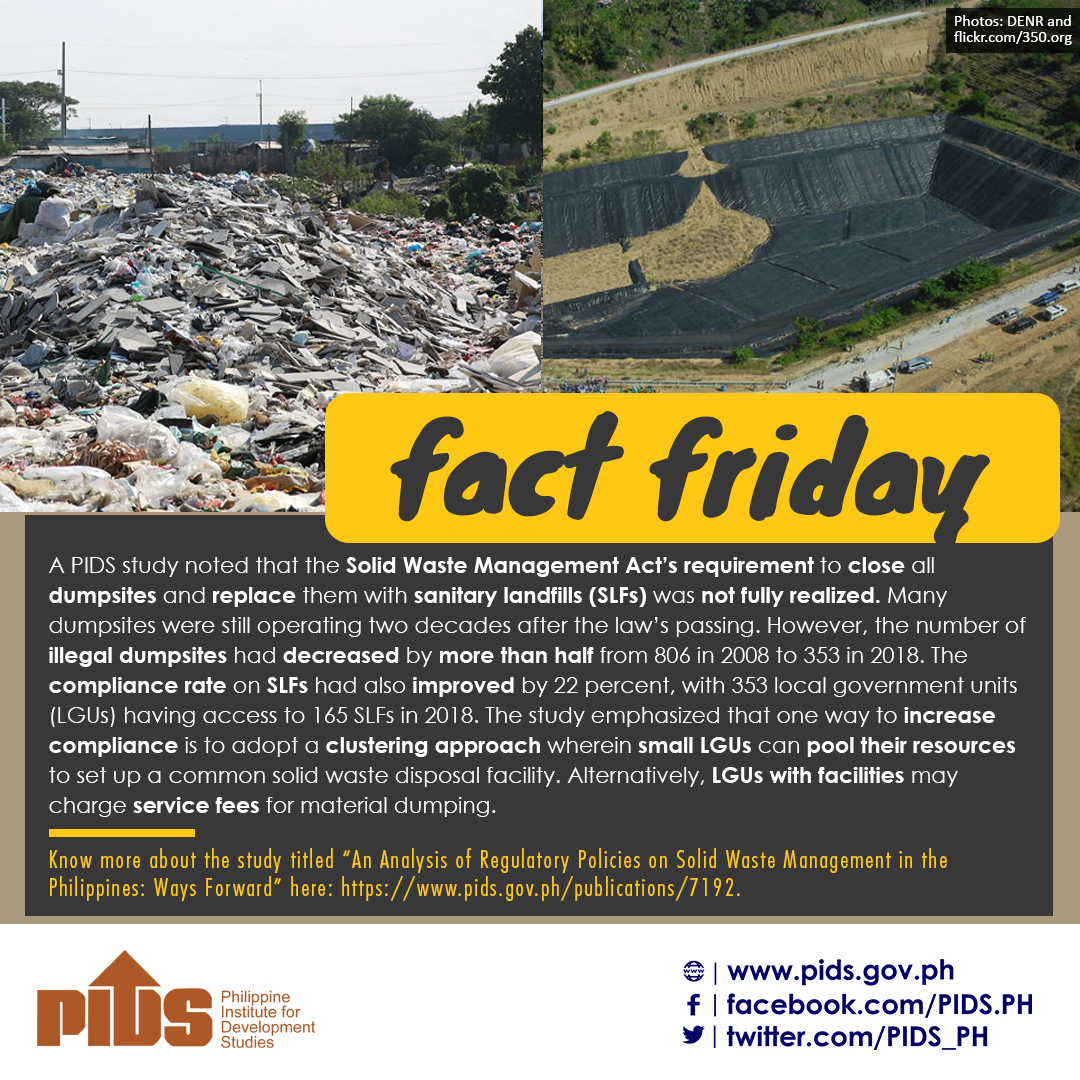 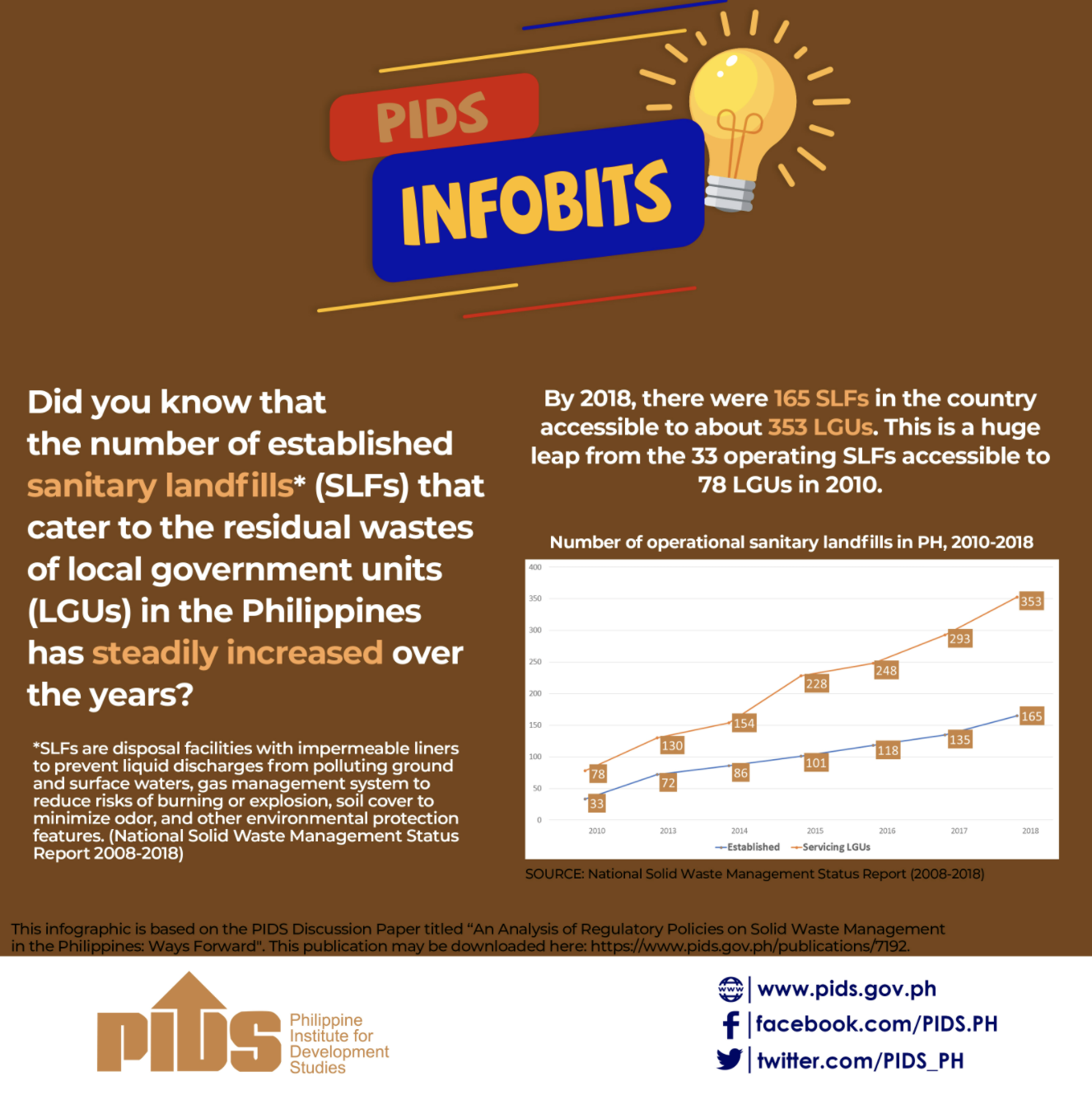 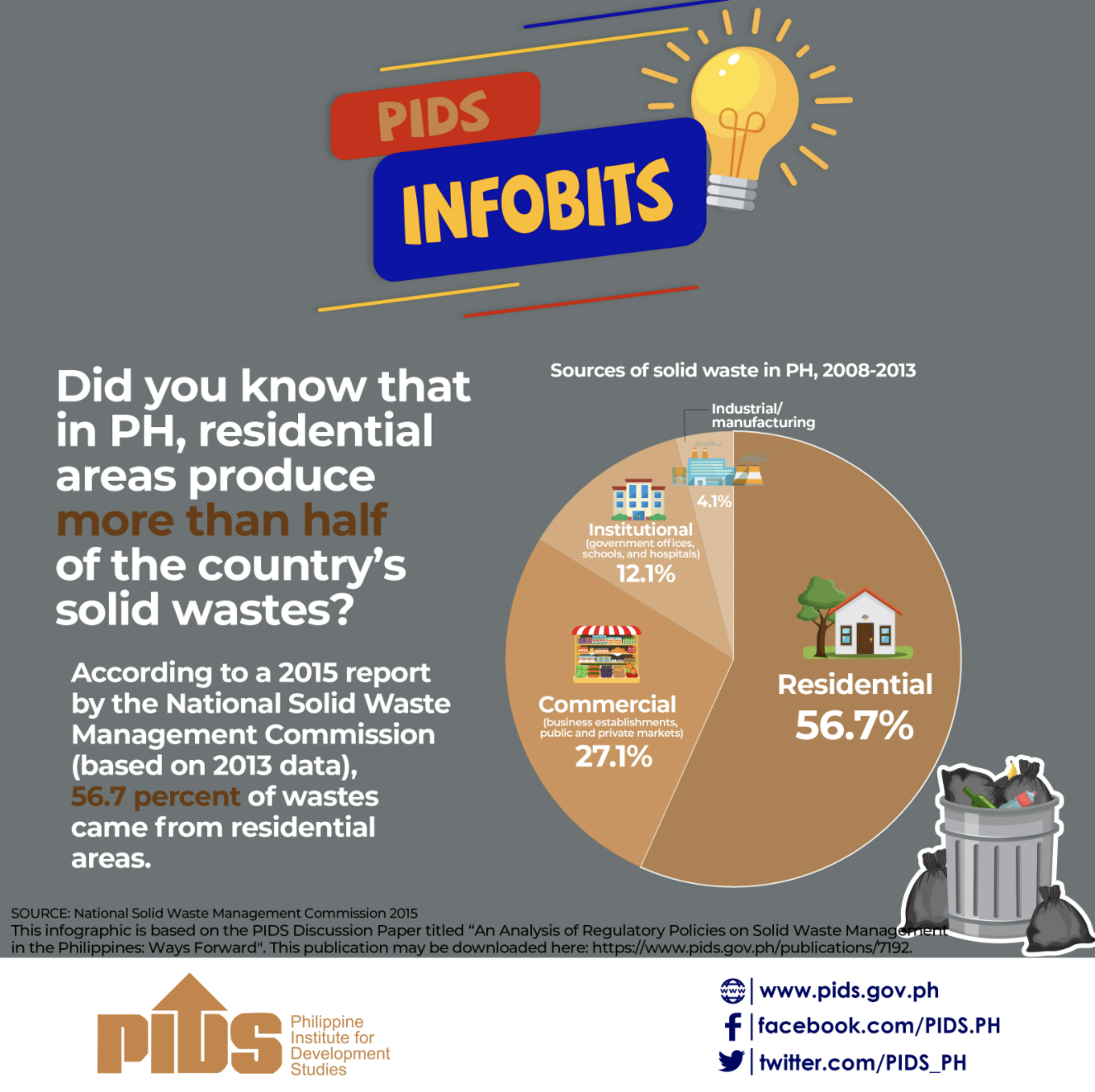