The date marked the end of the two-year transitory period provided by the law to give time for businesses to correct any of their features, practices, contracts or agreements that are in violation of the law. From here on, the Philippine Competition Commission may investigate and prosecute firms or persons found engaging in prohibited anticompetitive practices. Penalties can include imprisonment of up to seven years and fines of up to P250 million, so it’s no mere slap on the wrist.

Why did we need to pass such a law in the first place? Dr. Erlinda Medalla explains the principles underlying the Philippine Competition Law in a recent Philippine Institute for Development Studies Policy Note (see www.pids.gov.ph/policy-notes). It took Congress nearly three decades to finally pass one; the first bill was reportedly filed back in 1987. More advanced economies have had such legislation as early as the 19th century, having recognized the propensity of large firms to consolidate and increase their market power at the expense of consumers, who always suffer when there’s lack of competition. One just needs to think of our pathetically slow internet services to see this. With competition, the rivalry among firms impels them to produce the best quality products at the least cost, lest they lose market share to their competitors. Where there’s enough competition, no individual firm wields market power, and it is market supply and demand that sets the price. A firm must be more innovative and improve quality to keep or increase its customers.

Thus, on top of improved efficiency and consumer welfare, there are the dynamic gains from innovation that competition fosters, Medalla affirms. The culture of competition cultivates flexibility and adaptability that enable the economy to cope better with a constantly changing environment. The competition law also promotes equal opportunity across firm sizes and incomes, thereby advancing equity. Big business is kept from earning monopoly rents, and small firms stand a better chance in the market.

What exactly comprise violations of the law? The competition law, whether here or elsewhere, generally aims to prevent three types of anticompetitive behavior: obtaining market power unfairly, abusing market power, and mergers and acquisitions (M&A) that limit competition. The law thus prohibits anticompetitive agreements, including bid rigging and price fixing, which are outright violations subject to severe penalty. Collusion to fix prices — that is, acting as a cartel — is punishable by imprisonment. Another illegal agreement is when firms divide the market among themselves into exclusive market segments, enabling them to sell at higher prices and possibly at lower quality. I discovered this behavior firsthand in the 1980s when I was building our house, and found that I could not simply order my cement from another town where I found prices to be much cheaper, even factoring transport costs in.

Being big and dominant is not in itself objectionable, and is not prevented by the law. It is when a large firm abuses its dominance by engaging in practices that effectively block entry into its market that the law is violated. This includes predatory pricing, or deliberately underpricing one’s product below cost so that a potential competitor unable to compete at the lower price is effectively blocked from entering the market (something a large firm with deep pockets could very well do). According to the competition law, the only fair way for a firm to achieve and maintain a dominant position is by being more efficient than its competitors.

Once it is already dominant, it is more difficult to police a firm’s anticompetitive behavior. The rules on M&A are thus meant to preempt this, by assessing the firm’s possible anticompetitive behaviors, and ensuring that the dominant position resulting from M&A yields gains in efficiency or welfare. In the end, the ultimate principle is fairness. The aim of the competition law is to make sure that all firms play fair, because when they do, everyone wins. 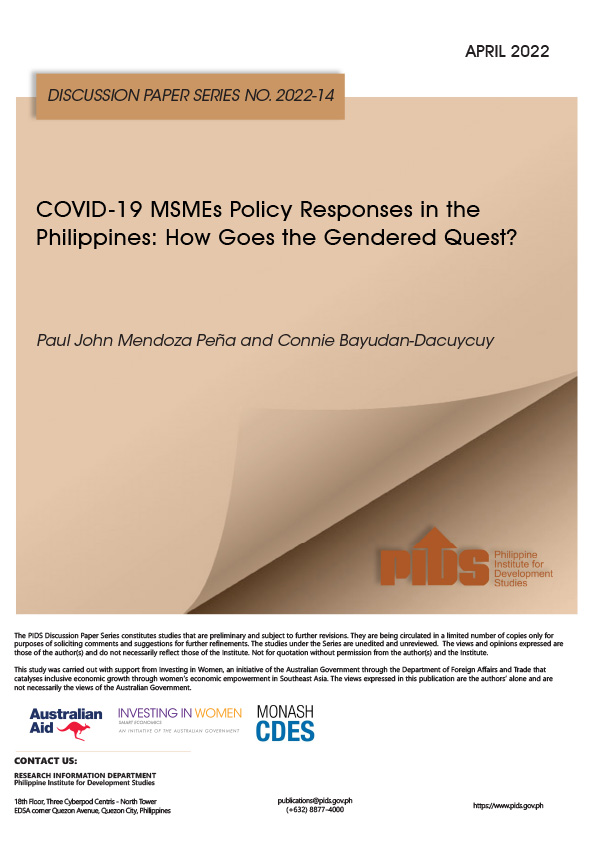